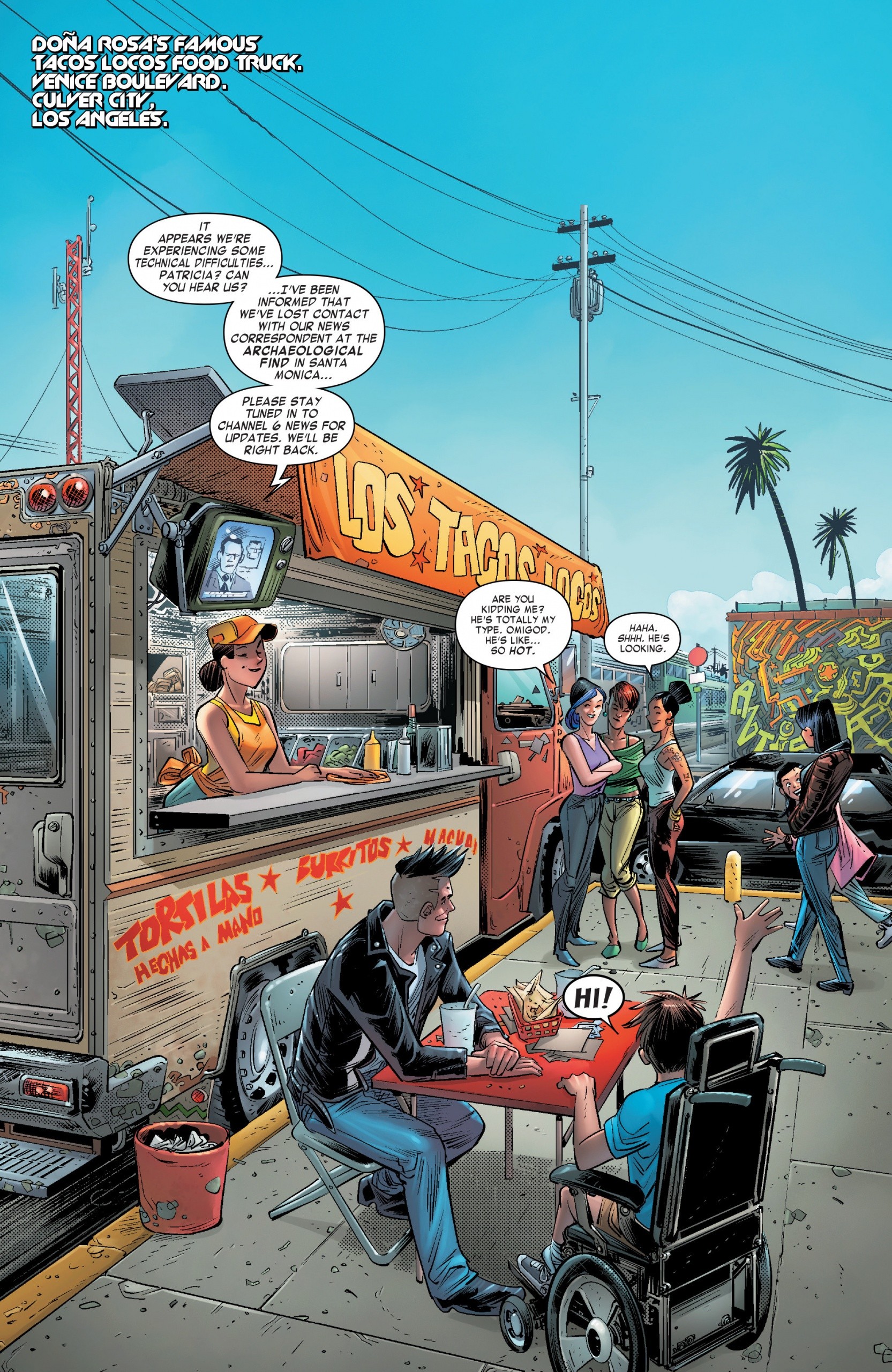 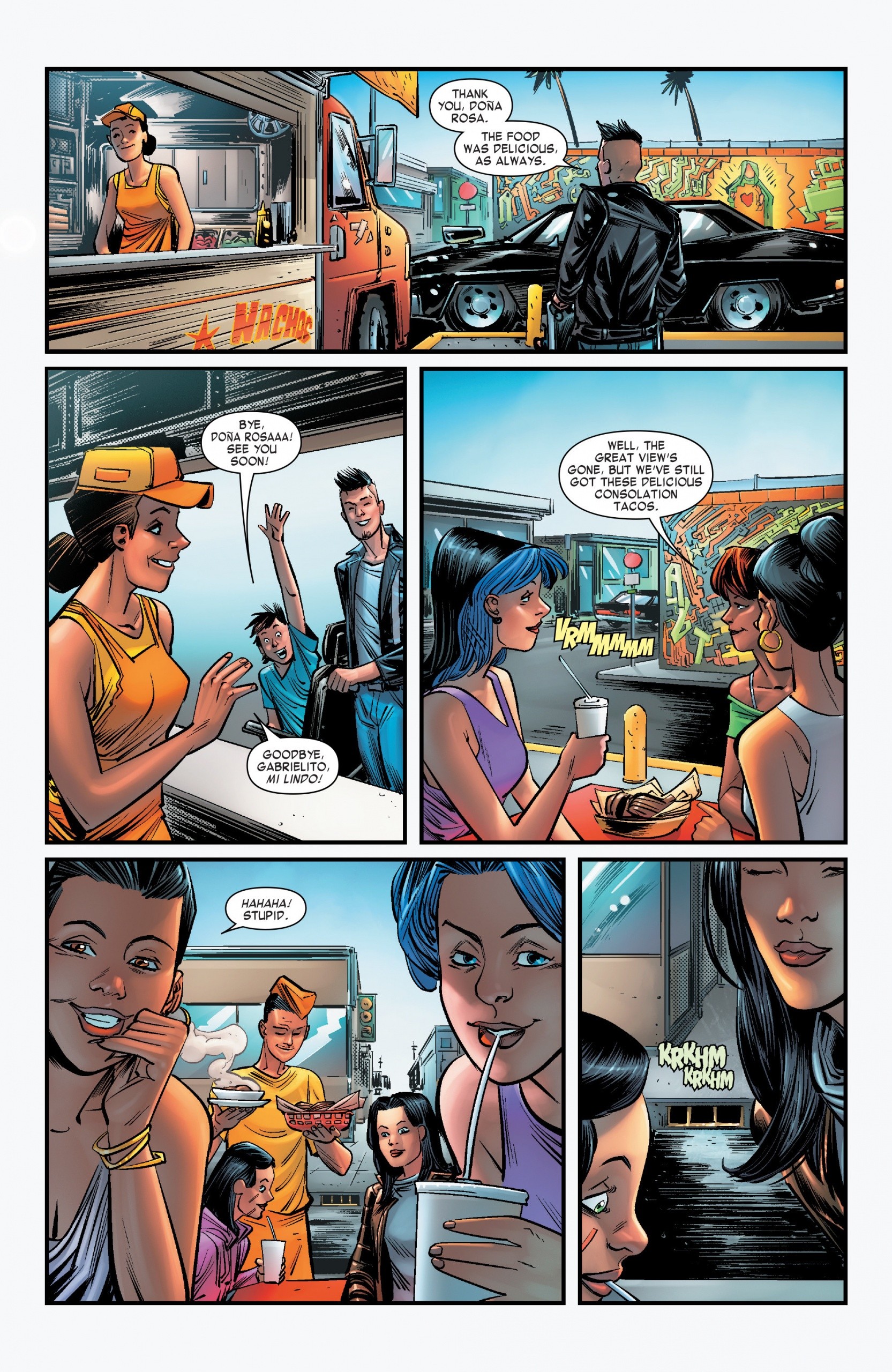 Chef’s Note:  There are numerous taco trucks along Venice Boulevard in Culver City, CA – but none of them are called “Los Tacos Locos”. There is a Los Tacos Locos in Simi Valley, CA – but it is not a taco truck, it’s a sit-down restaurant. What are we to make of this discrepancy?

My current theory is that, similar to Raul Martinez (see below), Doña Rosa’s taco truck was so successful she eventually moved to a wealthier area of LA and opened a restaurant of the same name.

Assuming, of course, whatever it is scrabbling about in the sewers in the last panel didn’t come out and eat her, her truck, and all her customers. But that would be crazy.

Much like the taco itself, pinpointing the exact date of the first taco truck is a bit difficult due to the transient nature of the business and the lack of records. The person credited with opening the first taco truck is a man named Raul Martinez. In 1974 Martinez converted an old ice cream truck into a mobile taco making station and parked it outside of a Los Angeles bar. His idea was a huge success and after only six months of working out of his truck he was able to open a restaurant, King Taco, which he later turned into a multi-million dollar chain.

On the heels of his success, taco trucks became a familiar sight in California and the southwestern U.S. It didn’t take long for other food businesses to catch on to this strategy and in the early 2000s the food truck trend became a national (now international) phenomenon.