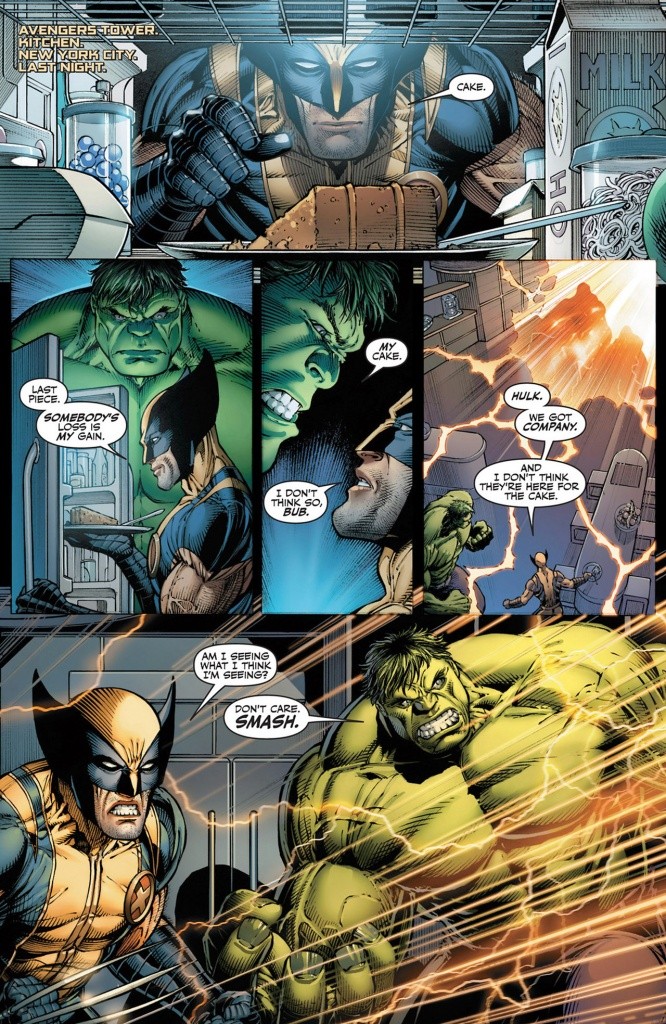 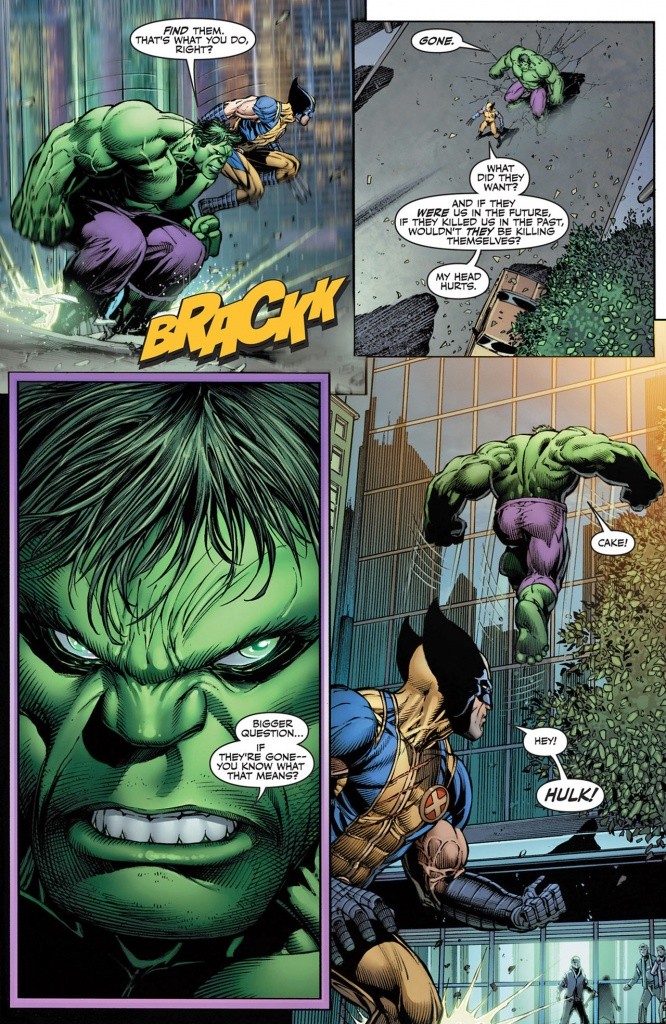 Chef’s Note:  Yes, it’s another exciting installment of Superheroes Stealing Food (domain & patent pending). This project was supposed to be a scholarly endeavor but instead it’s turning out to be more of a tabloid exposé.

Here we see Logan all prepared to scarf a slice of cake he knows quite well is not his. He doesn’t even know whose slice of cake it is and he obviously does not care. He even gives voice to the bleak moral calculus that guides him: somebody’s loss = my personal gain.

Hulk shows up and declares the cake is his and, really, the situation should have resolved itself then and there. But Logan has the audacity to to dispute Hulk’s claim, despite having no knowledge of the cake’s provenance.

I think Hulk is completely justified in dumping and ditching Logan at the curb. You can’t just attempt to steal someone’s cake and not expect any consequences. It will be something for Logan to ponder as he takes the long elevator ride back to the top of Avengers Tower.

* Is that a slice of carrot cake? I can’t say for sure, but it looks to my eye more orange than chocolate so I’m allowing it.