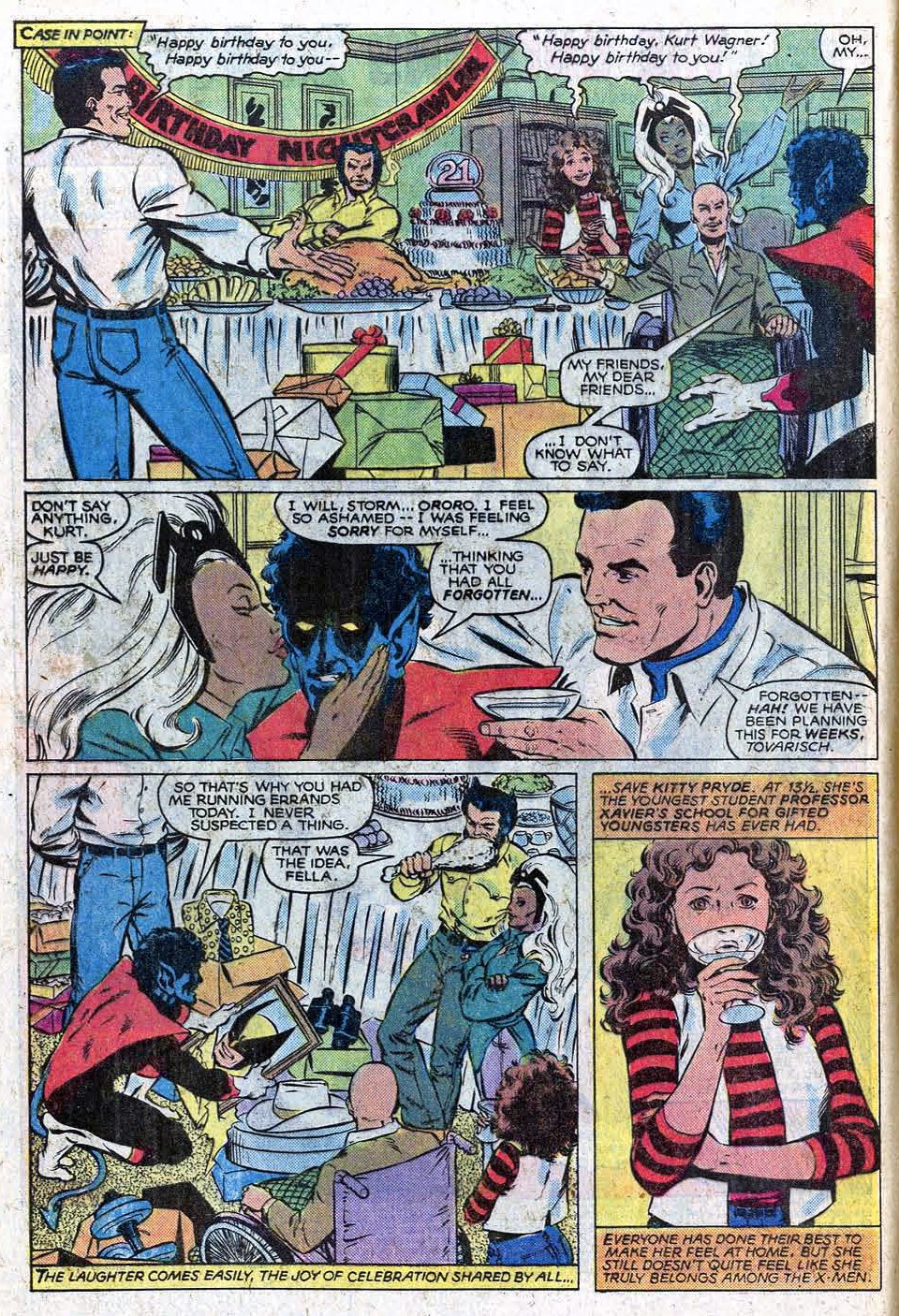 Chef’s Note:  Whilst perusing the SEF archives yesterday, looking for Thanksgiving moments, I came across this little gem. It’s not a Thanksgiving feast, obviously. But Kurt’s birthday is sometime in November, so now seems as good a time as any to post it.

As with the banana we discussed in a prior post, the main focus of attention in this page is the positively enormous turkey leg Logan is stuffing into his sideburn-adorned gob. Adding to the general surreality of this moment, Ms. Wein apparently decided that it was a Wendigo drumstick instead of turkey.

Well, maybe no more surreal than Logan’s birthday gift to Kurt: a poster-sized photograph of his own aforementioned gob – in full costume! I guess it makes as much sense as a white cowboy hat with a lime-green band, or a yellow polka-dotted dress shirt with a blue striped tie. And binoculars, of course! Totally useful to a person who can teleport over vast distances.

In any case, this story was “remastered” by Marvel in later years, which included some color corrections, and the turkey leg finally got its due. 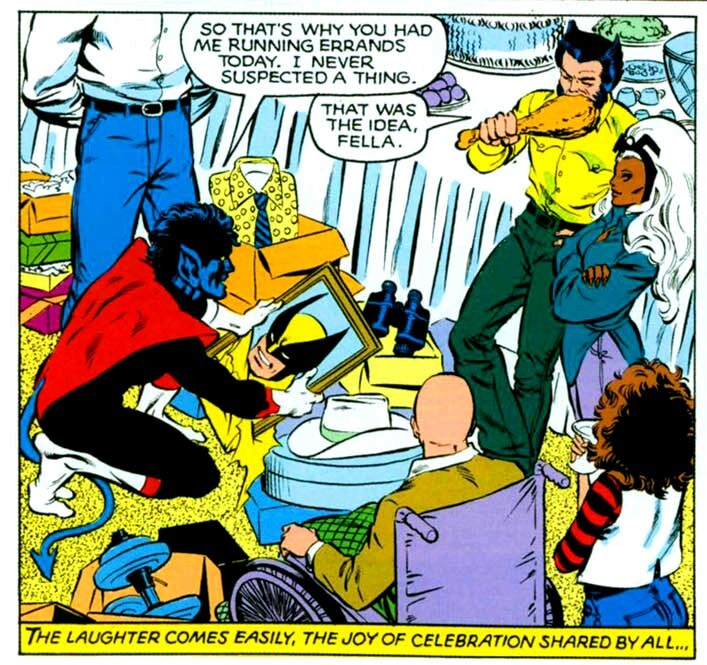 Not that it really helps. I know he is meant to be short in stature, but Logan is still trying to choke down a turkey leg the size of his own thigh. 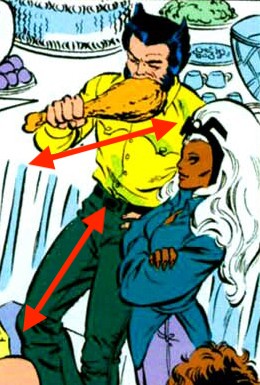 Then again, given his general mutant constitution and need for calories to fuel his healing factor, he probably could eat turkey legs all day long.