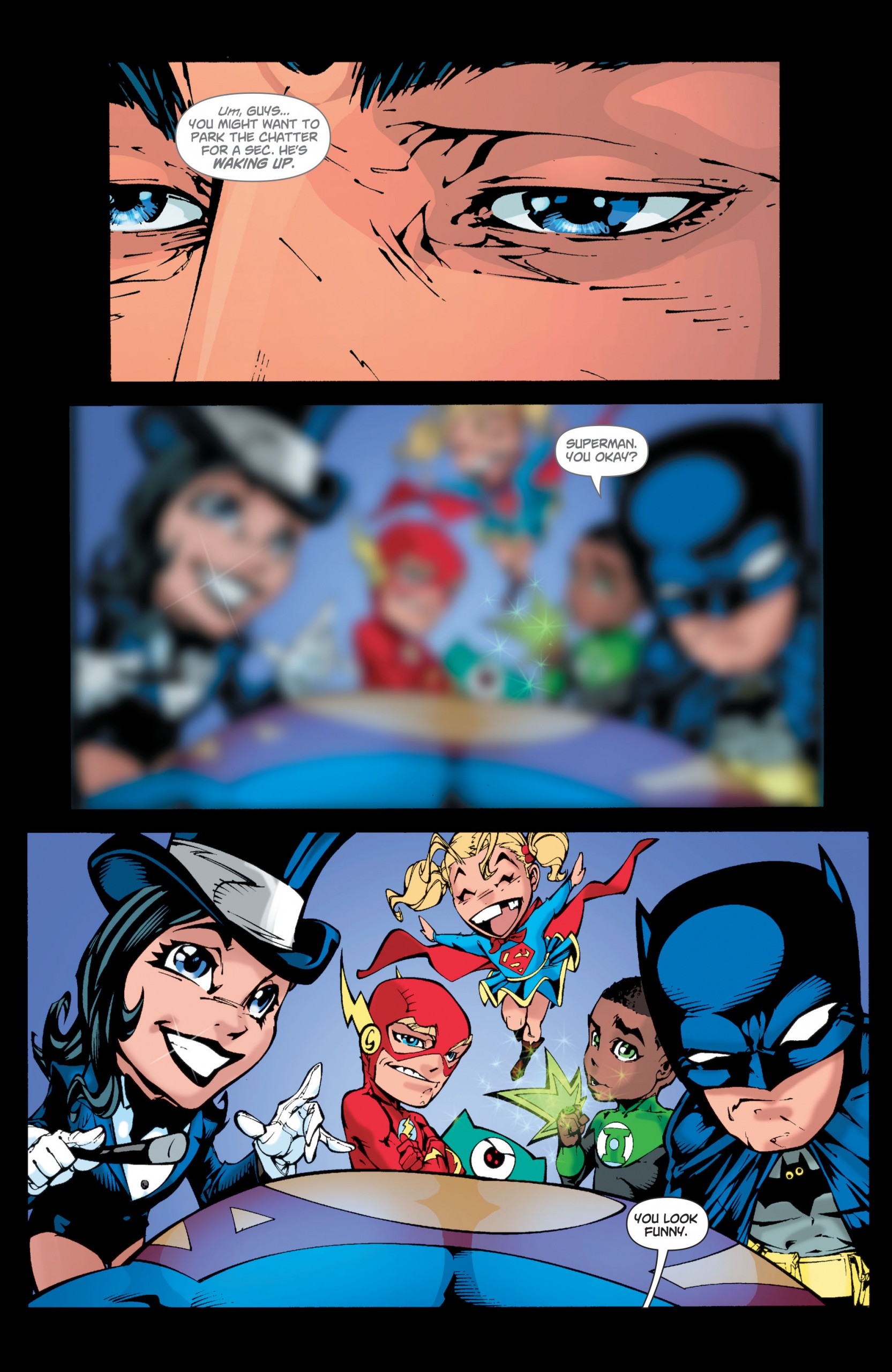 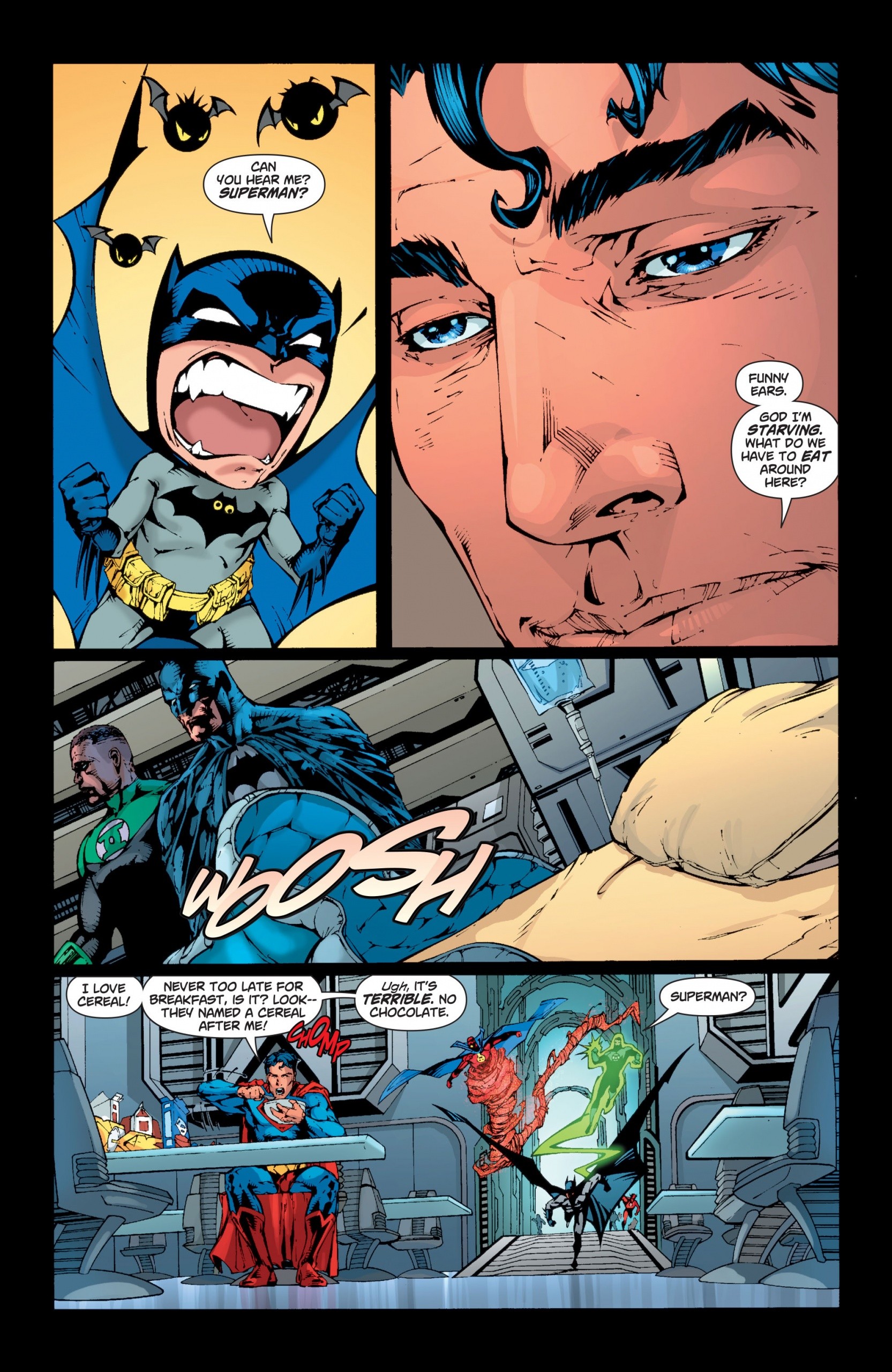 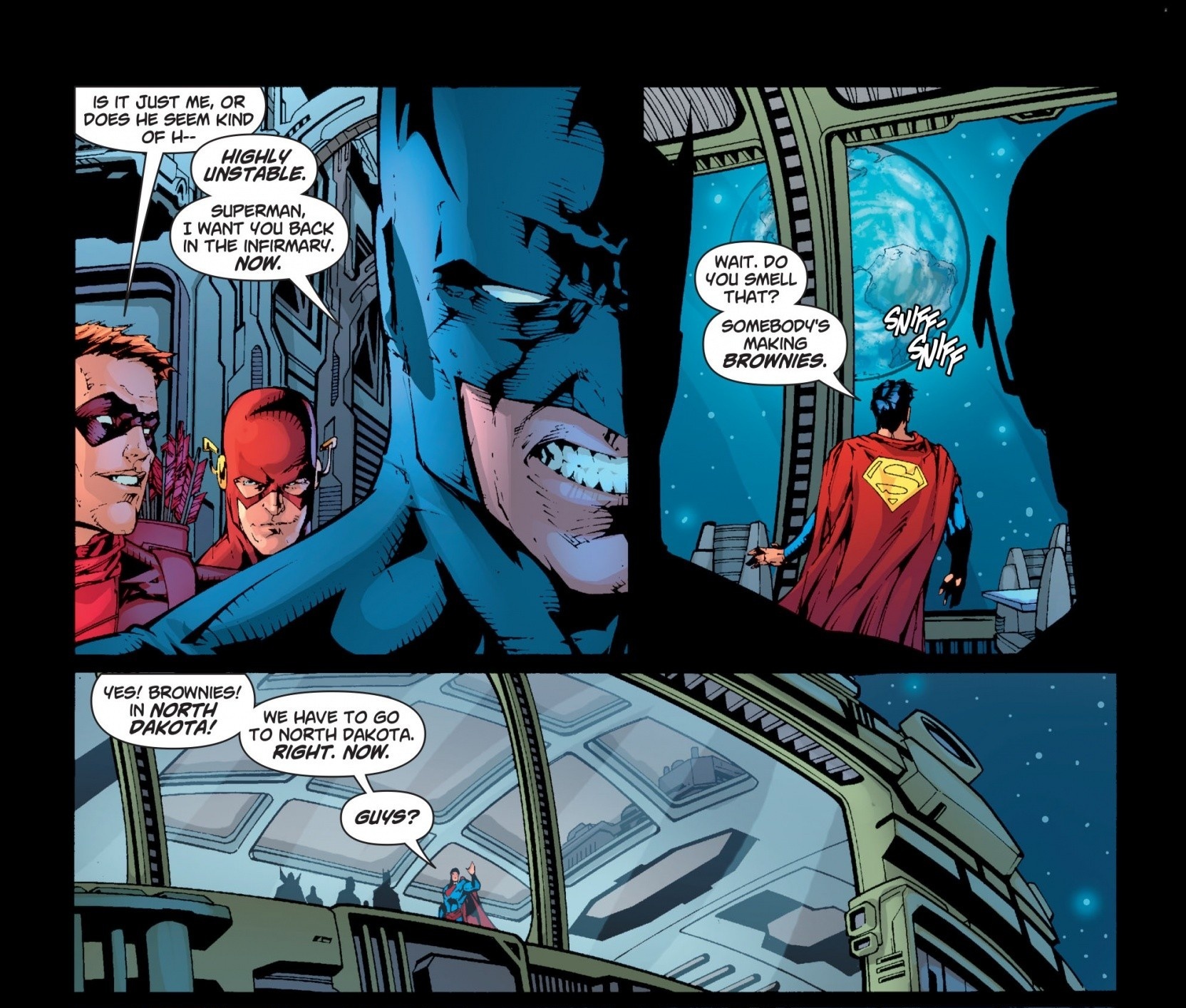 Chef’s Note:  We’ve seen Clark get tipsy before. Here we see what it’s like when he gets high.

The fact that he develops the munchies almost immediately is quite interesting, and perhaps a bit alarming (hence Batman looking so upset*). He doesn’t need food, after all, so why the sudden craving? Apparently, Silver Kryptonite is a lot like Cannabis–

“THC works into receptors throughout your body,” McDonough says. But the effect of the munchies is caused specifically by THC on receptors in your brain’s olfactory bulb, which is part of how you smell and taste and sense food, according to McDonough and a 2014 study published in Nature Neuroscience Journal. So, when THC binds to receptors there, it makes food smell better and taste more delicious, which is part of the munchies phenomena, McDonough says. Basically, it works within your brain to make your body feel hungry even when it’s not.

While it is quite impressive that he can, from space, smell brownies baking in North Dakota, wouldn’t that mean he’d be able to smell all the brownies baking on Earth at any given point in time? Does his super smell automagically hone in on the best brownies? But then, what does “best” really mean here?

Furthermore, if he can smell all the brownies, then he must also be able to smell all the pizza, all the nachos, all the cookies, all the french fries, Funyuns, Pop-Tarts, Doritos, etc…. How could he possibly decide? It would be enough to drive anyone mad. No wonder Batman is freaking out!

* Then again, he is Batman. We know stoners piss him off royally.