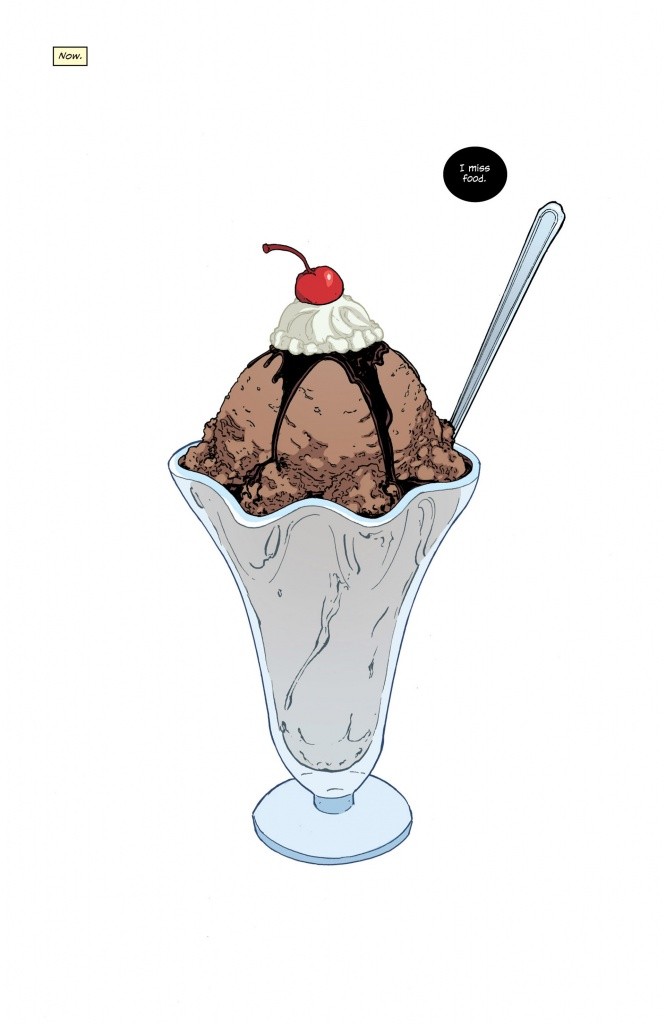 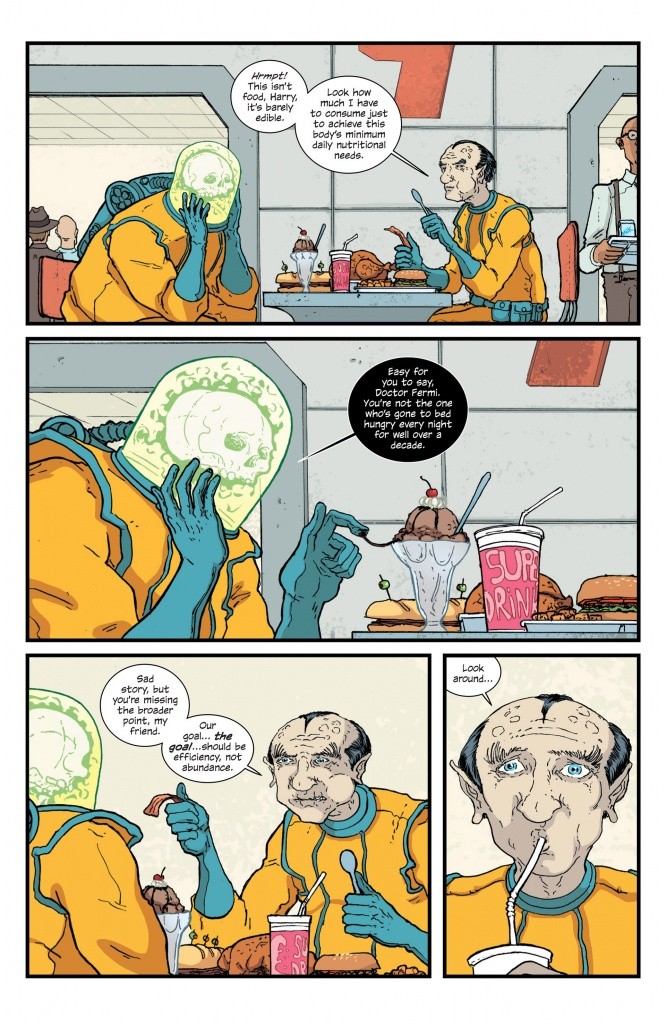 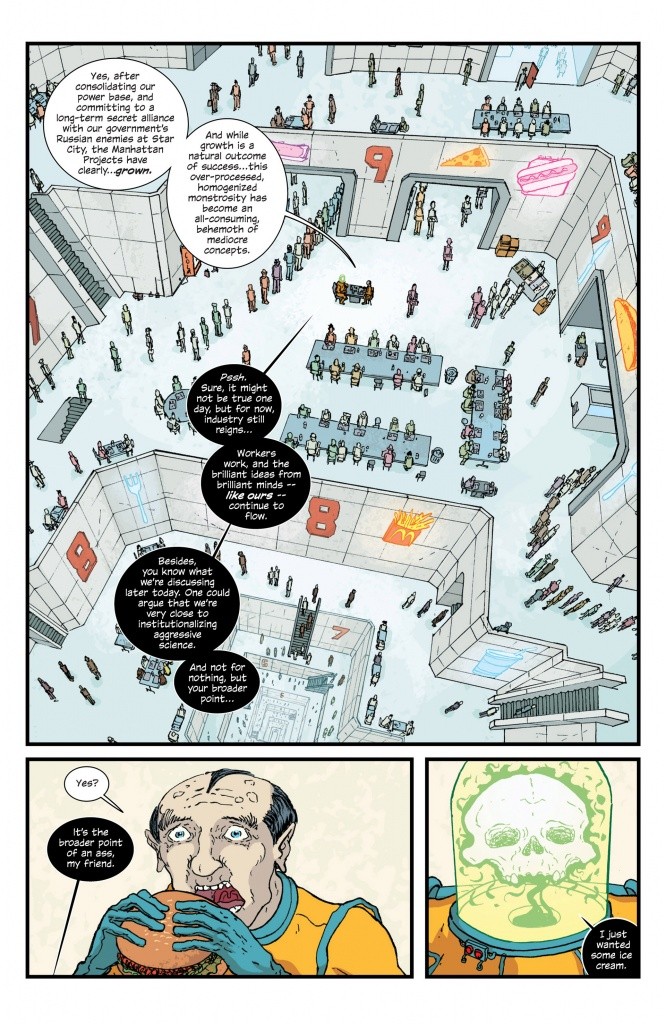 Chef’s Note:  I’ve always found this scene to be especially poignant as to Harry’s condition. To be alive but to be unable to smell or taste food?

He not only just wants some ice cream, he wants to be able to savor such a treat. To remember the flavor and texture of food and not be able to access or experience it again? Who can imagine such a condition? He’s gone to bed hungry for over a decade.

In other words: Shut up already, Enrico.

Chef’s Note:  Doctor Fermi’s complaining about the amount of food needed to fuel “this body’s minimum daily nutritional needs” betrays his alien origins. It’s pretty much the equivalent of a robot saying “I am human and also enjoy breathing oxygen regularly and repeatedly!”

Still, is he saying that human beings do not have an efficient food-to-fuel ratio in terms of their actual biology, or just that the effort he maintains in assuming a human form requires that much more calories? This is unclear. I’m pretty sure it’s the latter, but I have no direct evidence in this regard.

Mr. Hickman? Can you clarify? Feel free to use the contact form for messaging me direct. Thanks!