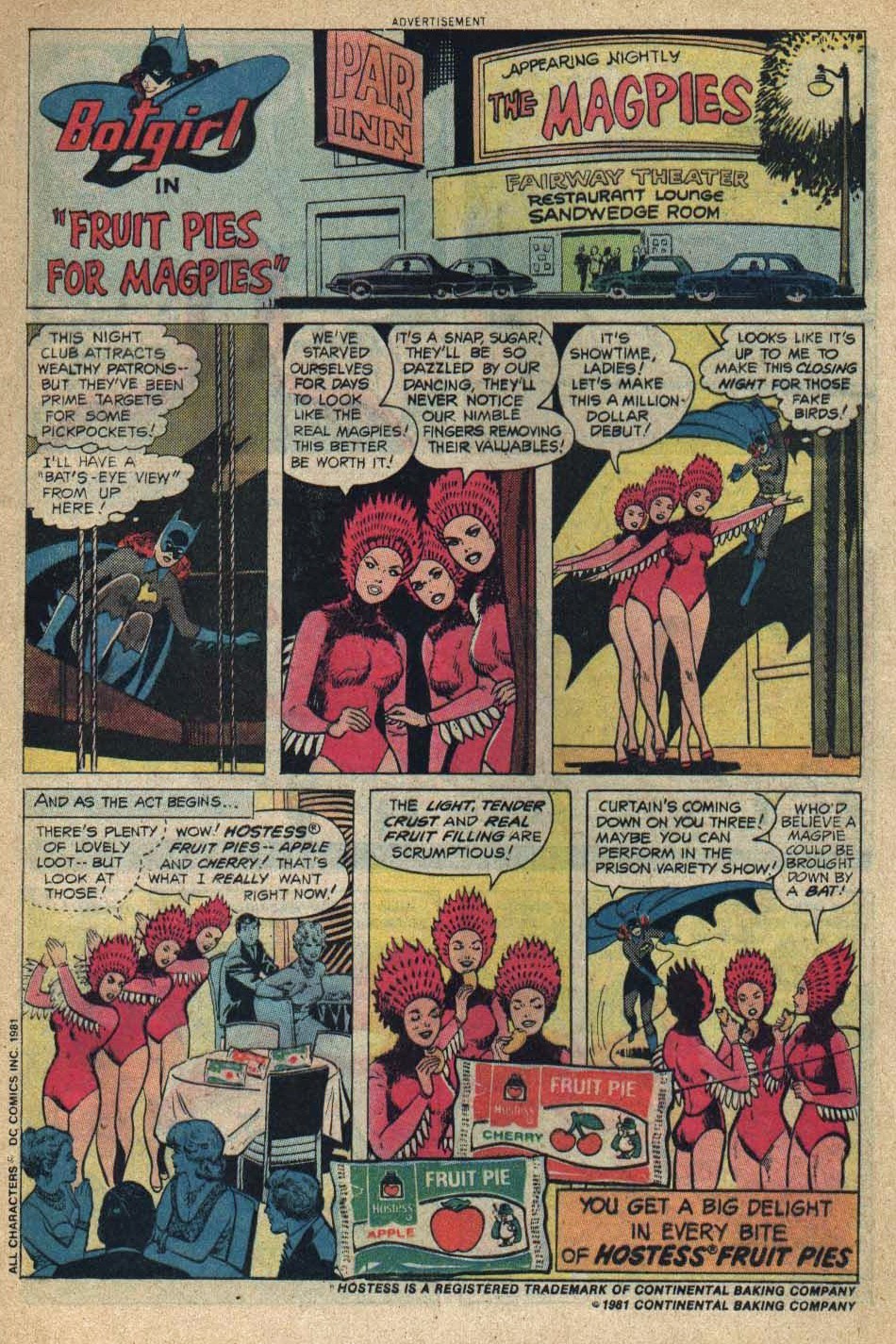 Chef’s Note:  Here we see Batgirl strategically employ a distraction trap in order to capture a gang of pickpockets. While fruit pies might seem an odd choice at first, please note that she overhears them discussing how they fasted before this heist in order to appear slender and fit as showgirls. As such, even Hostess Fruit Pies, would appear most tempting.

Hunger is the best sauce, after all.

Chef’s Note:  As we were discussing pie yesterday, I got to thinking about Hostess Fruit Pies. Anyone who grew up reading comics in the 1970s and 80s would remember that their ads were an annoyingly regular feature. They almost always had the same simplistic and surreal plot: a superhero encounters a nefarious villain and would defeat them by somehow using the Fruit Pies – as a distraction, a temptation, etc.

I thought perhaps it might be of potential scholarly interest to put together an overview of all the different ads Hostess deployed to the pages of Marvel, DC, and others. Luckily, however, I am not the only comic book scholar on the internet and intrepid pioneers before me have already completed this important task. I will cite the two best works on the subject. Do yourself a favor and check them out-