Chef’s Note:  The story here is that a superhero mascot for a local burger chain discovers that they are being used as a distribution service for an illegal amphetamine operation (hence the title of the episode “Captain Bellybuster and the Speed Factory”). While this might sound like an unusual situation, it’s actually not all that uncommon.

What’s really curious here is that, while superheroes have certainly been used to promote various foodstuffs, they have rarely, if ever, been utilized as official mascots. Indeed, Captain Bellybuster is my first encounter with such.

Chef’s Note:  Ok, ok – that’s not the only curious thing. I cannot be the only one who noticed that, before the burgers show up, Bill Maxwell is having his own little snack time with a bottle of beer and some doggie treats. Furthermore, none of the others present seem to find this strange.

Update: Further research has revealed that, yes, those are in fact Milk Bones, specifically the mini hot dog style treats featured in this ad from 1976- 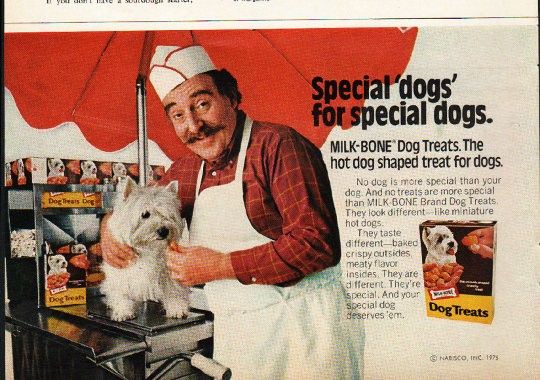