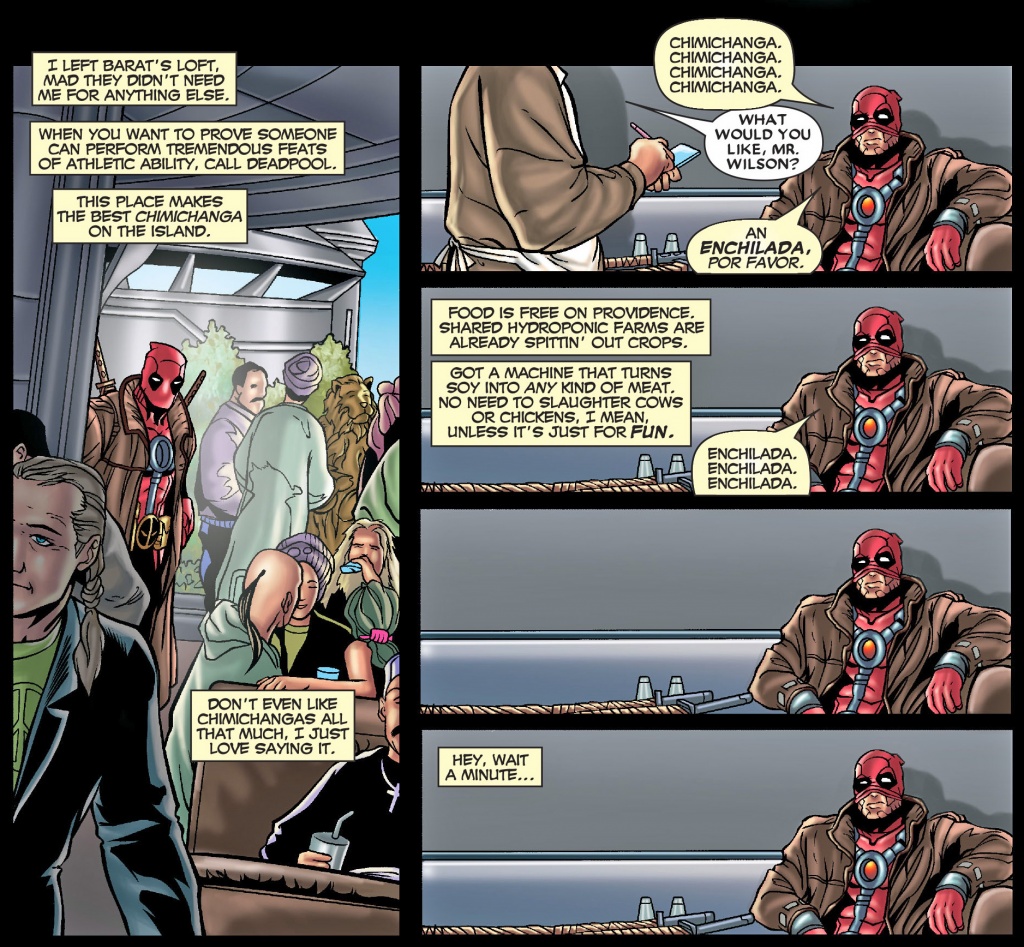 Chef’s Note:  The association between Deadpool and chimichangas is one many are familiar with, especially after his first movie came out.

But here we discover that it is not actually a culinary preference of his, just a linguistic one. Co-creator Mr. Nicieza confirmed this a bit later on:

Chimichanga was NOT a random word at all. It was specifically chosen both because of how much fun it is to say and because I had a personal in-joke with the late Mark Gruenwald from years earlier and I wanted to get it into a Deadpool comic.

Chef’s Note:  Deadpool’s general tendency towards insanity is also well known. In this scene it is represented by his order of an enchilada. That’s like ordering a taco. Only crazy people do that.