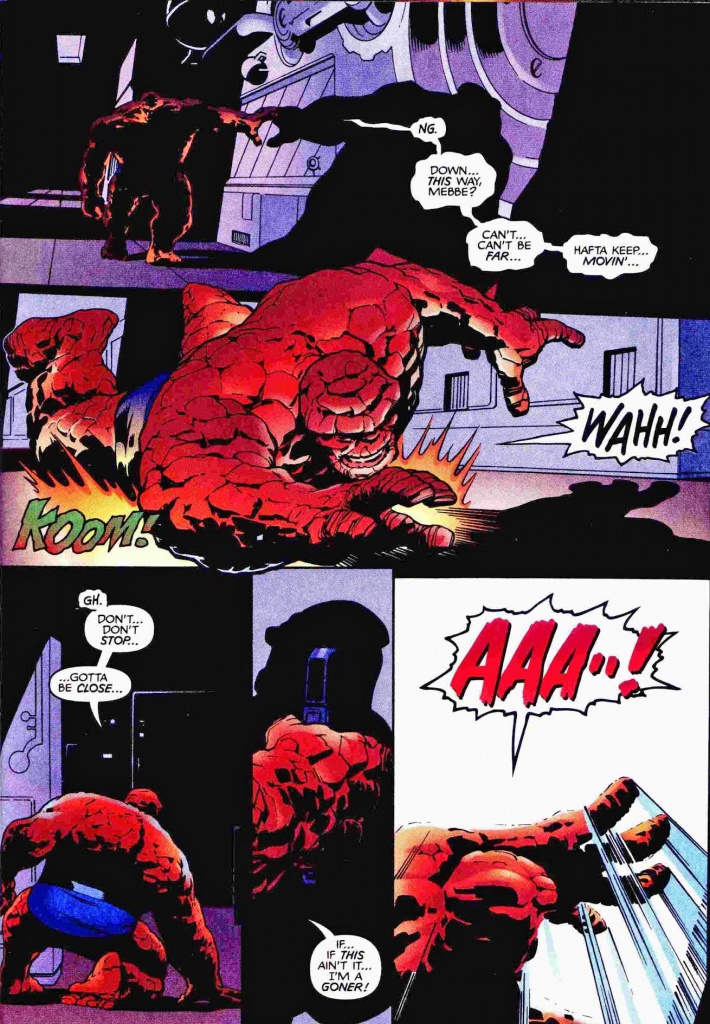 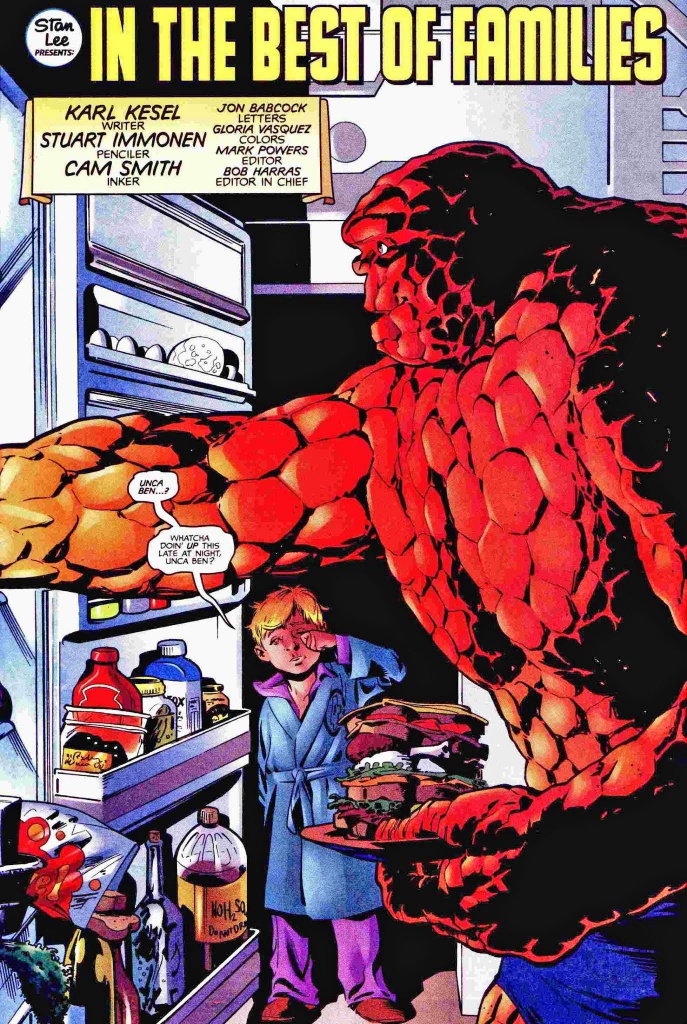 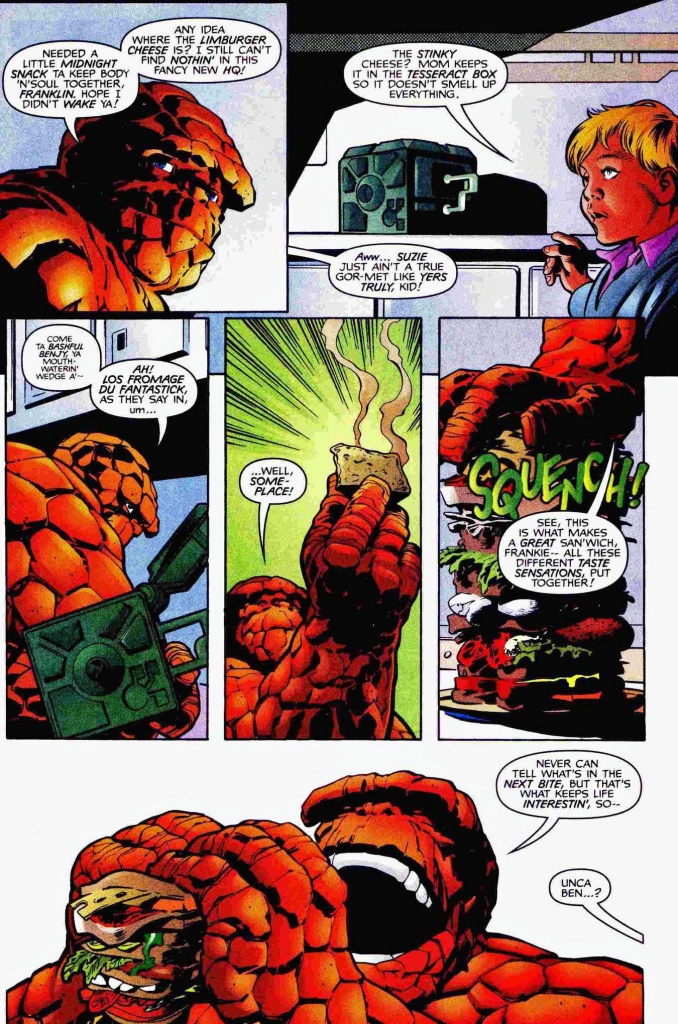 Chef’s Note:  Leave it to Ben Grimm to evoke a decent philosophy of life via the craft of sammich-making.

“See, this is what makes a great sandwich, Frankie… all these different taste sensations, put together! Never can tell what’s in the next bit, but that’s what keeps life interestin’…”

Then again, I didn’t realize he spoke Frespañol either. Quite the sophisticate!

Chef’s Note:  Some may think that using a Tesseract Box to contain the Limburger cheese odor is overkill, but those who think such have obviously never experienced it when it is truly ripe-

Once it reaches three months, the cheese produces its notorious smell because of the bacterium used to ferment Limburger cheese and many other smear-ripened cheeses. This is Brevibacterium linens, the same one found on human skin that is partially responsible for body odor and particularly foot odor.