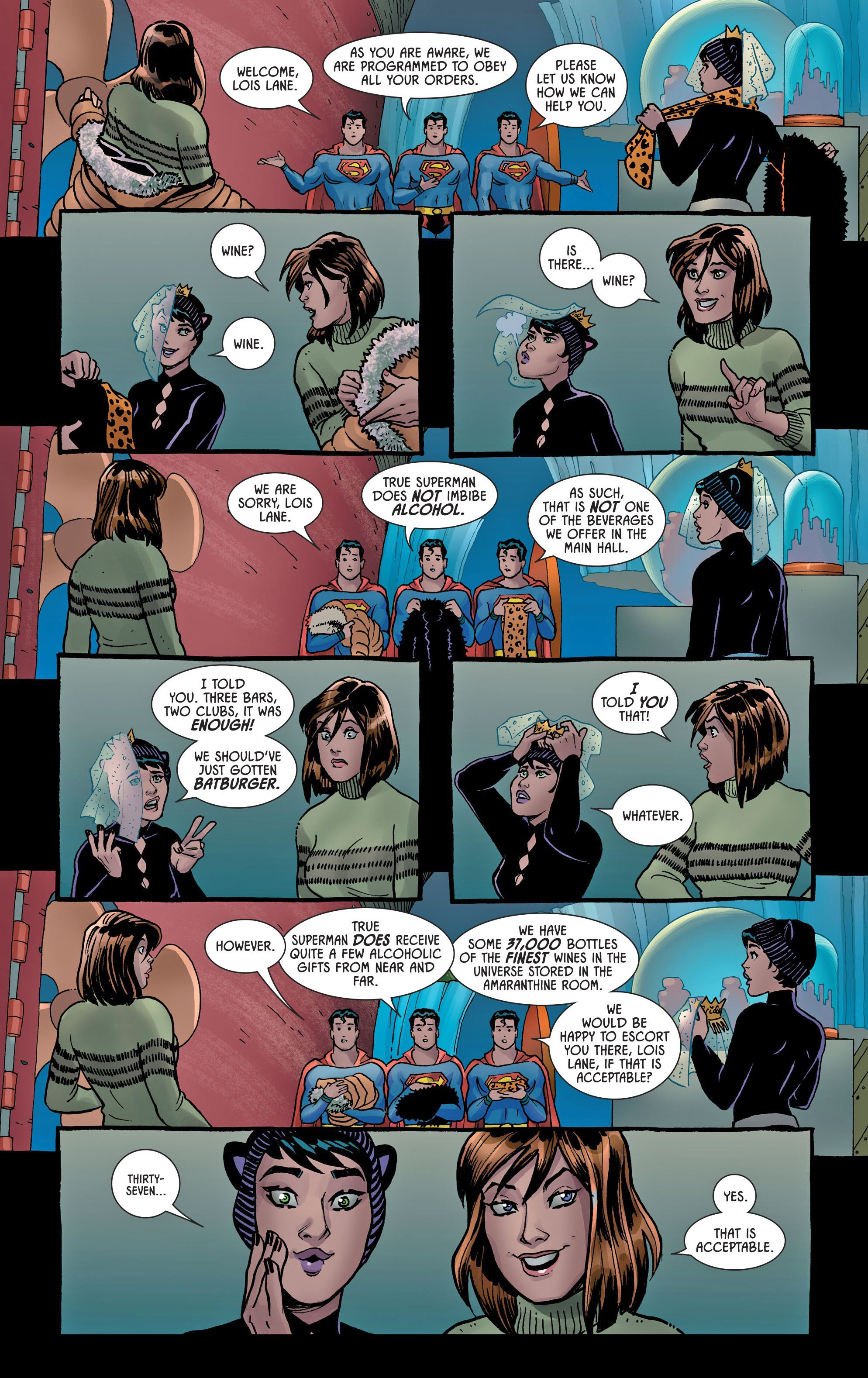 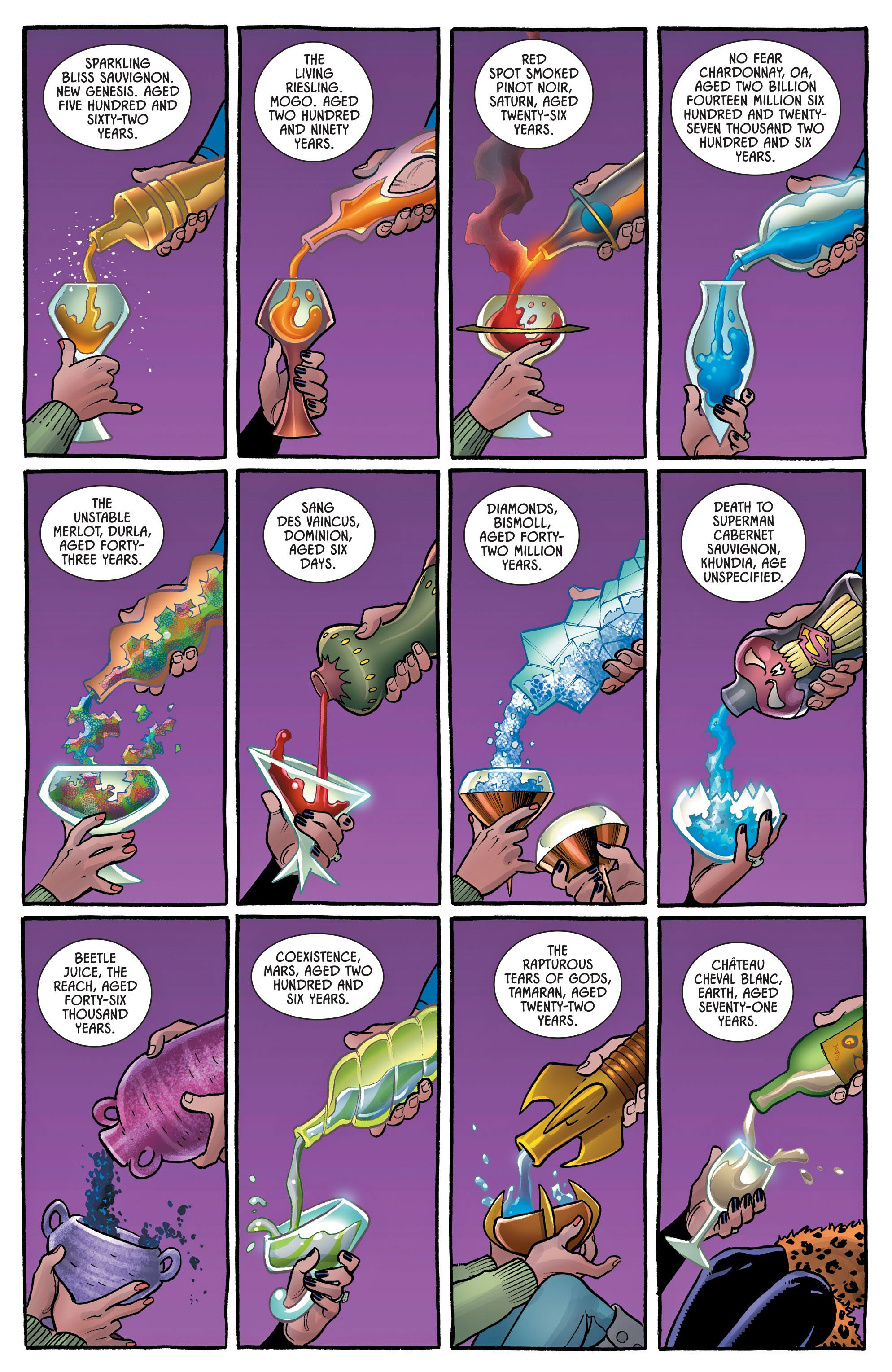 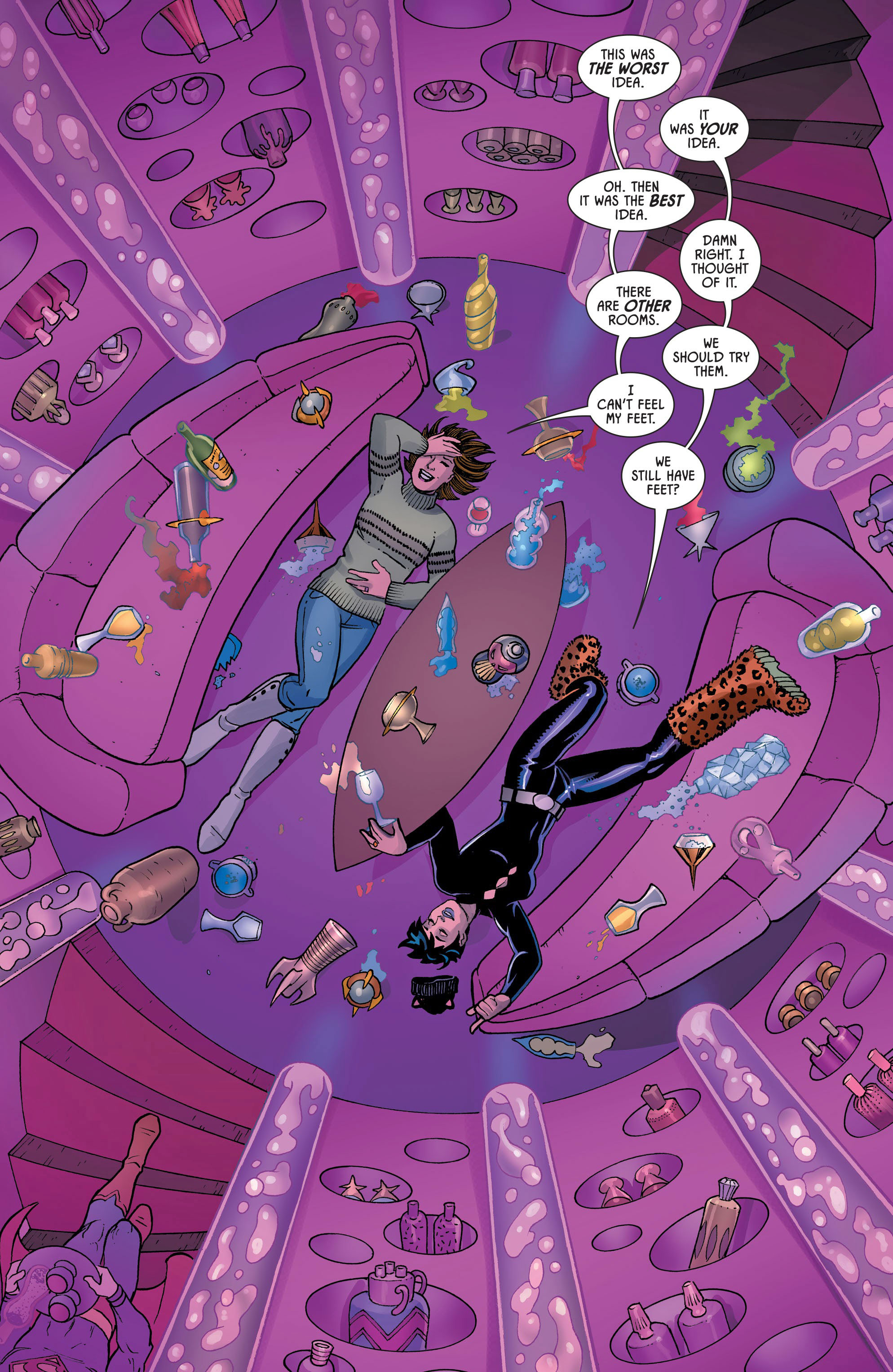 Chef’s Note:  First of all – I love this scene of Lois and Selina getting absolutely wrecked at Superman’s Fortress of Solitude. While comics can certainly address and tell stories about serious issues, they can also just be good fun, and this story is definitely that.

And too – this scene is a scholar’s dream! Everything being imbibed is so precisely named! All thanks to the Superman-bots following standard wine service protocol:

Assuming that appropriate, polished glassware is already at the table, approach the host with the bottle of wine he or she ordered. Treat the bottle gently, as though it were special and delicate. Tip the bottle’s top back, toward your body, with the body of the bottle cradled in your arm, label side facing the host. “Present” the bottle to him or her by standing at his or her right side and restate the name of the wine including the varietal, brand, and vintage. (All beverage service occurs from the right of the guest, with your right hand, unlike food service, which is from the left with the left hand). The host will nod or gesture that the wine is what was expected. This is your cue to begin opening.

All that said, I must confess here that while pursuing my initial PhD in Comic Book Food Archaeology at ESU I may have… um…. skipped a lot of Superman studies? I am regretting this mightily now because I can only imagine the stories each one of these wines has to tell. But I will do my best to tease out whatever meanings I can.

Are you a Superman scholar that can provide more information here? If so, please do!

Update:  Is it just me or do Lois and Selina look a lot like Maggie and Hopey in that last panel?