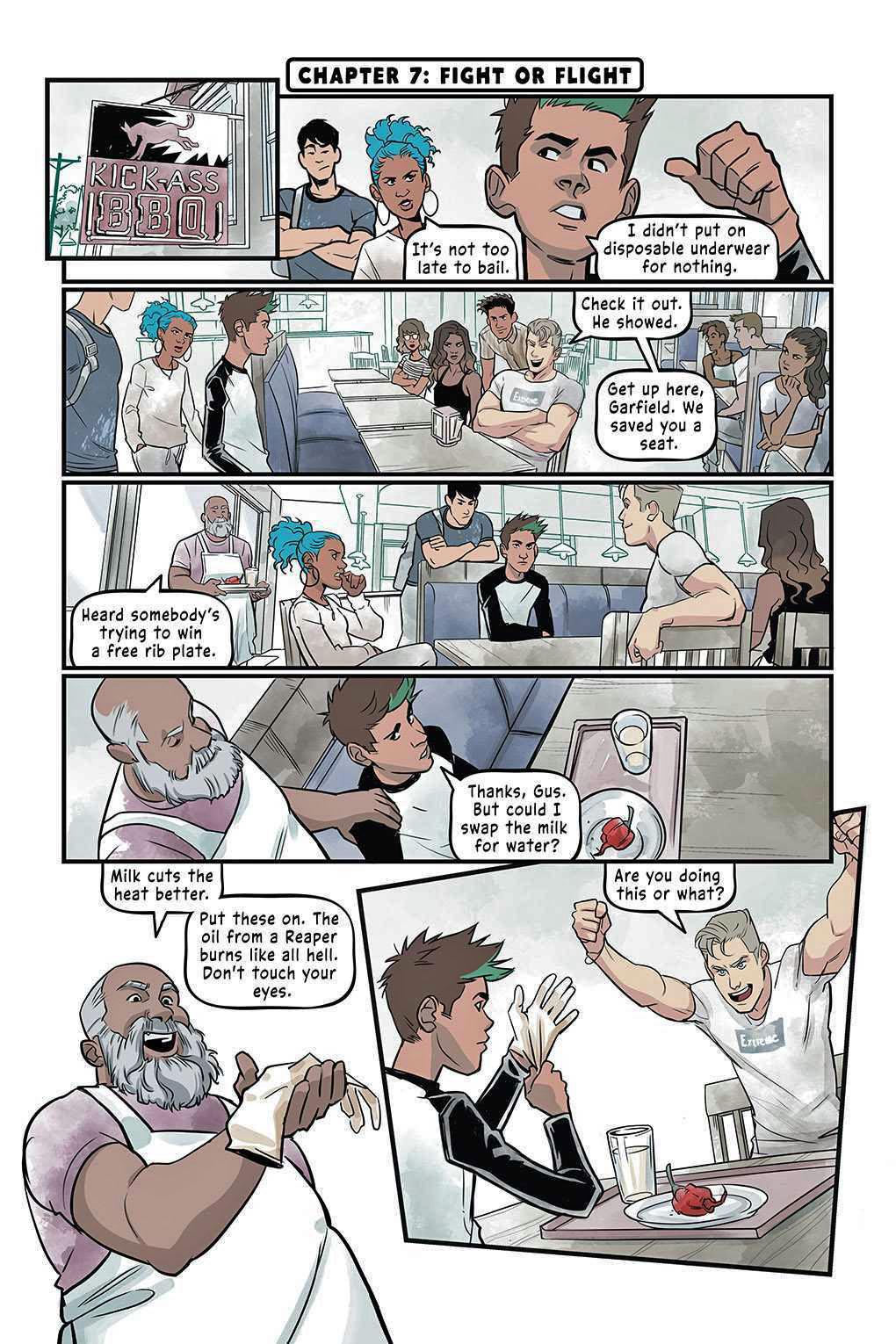 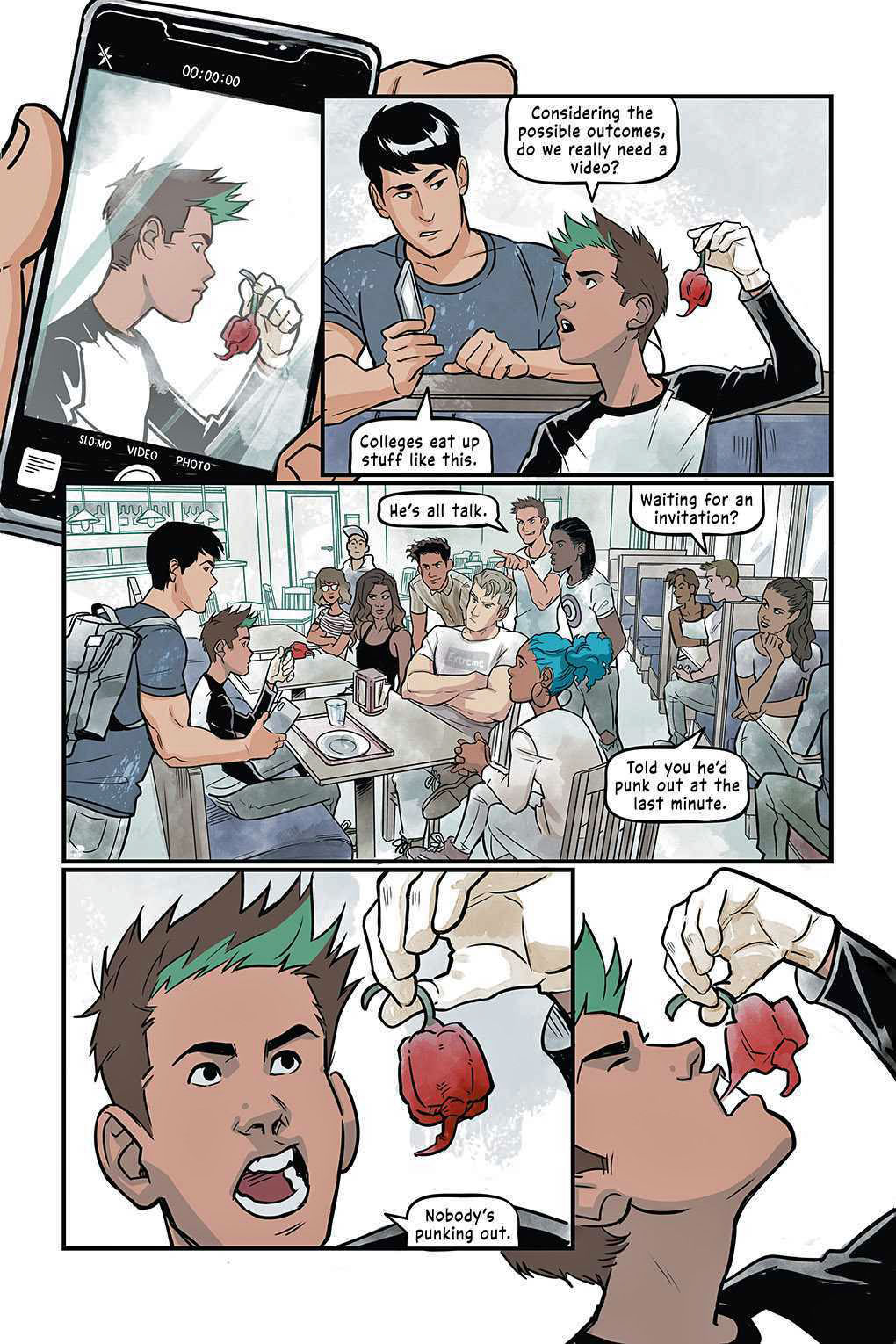 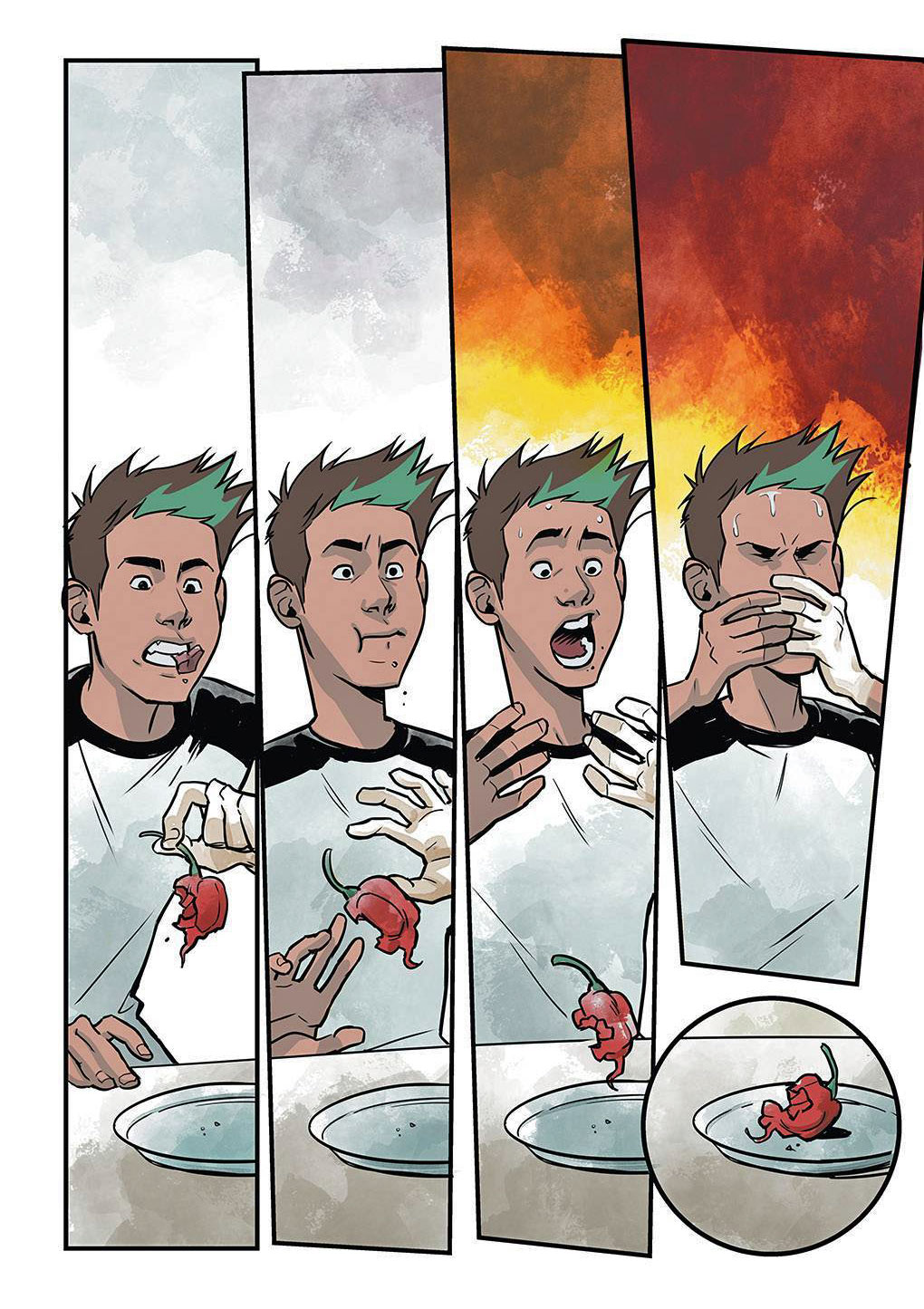 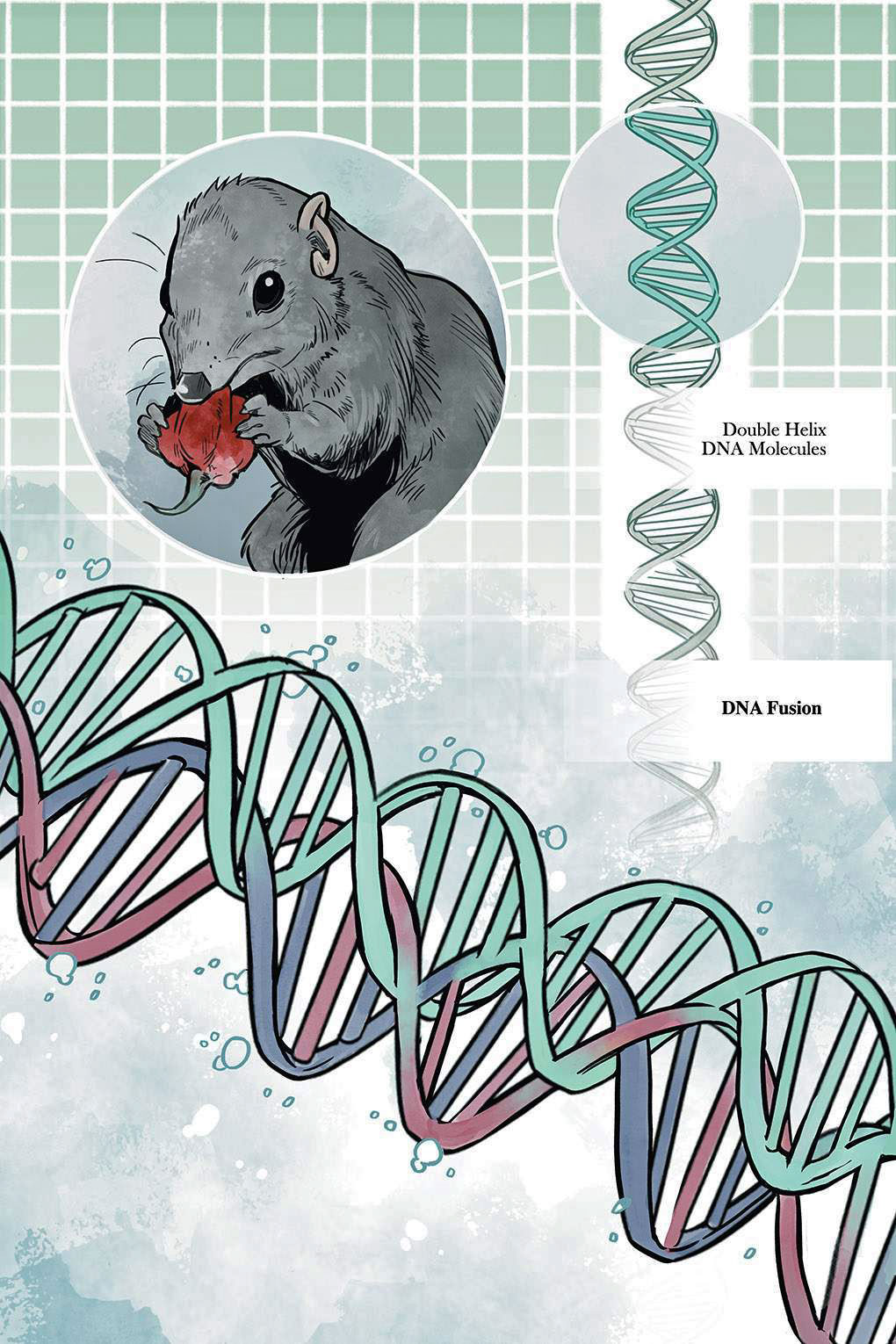 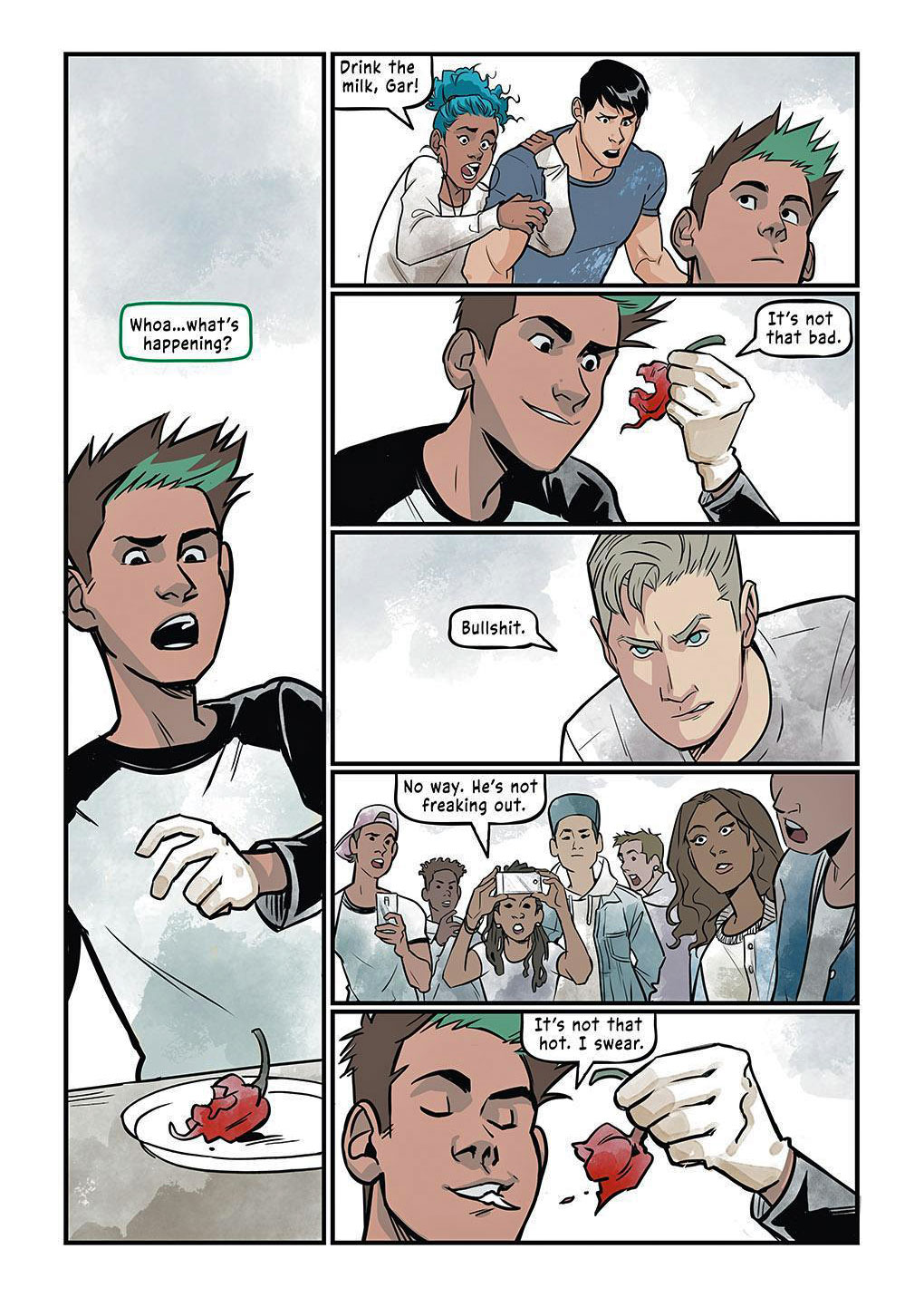 Chef’s Note:  When I first encountered this scene it was in an pre-publication excerpt. And I made the mistake of assuming the little mammalian critter depicted was a simple rat. And I let myself get a bit huffy about the fact that they should have shown a bird instead, as birds are not affected by capsaicin (the spicy element in peppers).
When I finally read the whole issue I was pleased and a bit chagrined to discover that in fact Mr. Whiskers here is a Chinese Tree Shrew, the only other mammal other than humans who enjoy eating spicy peppers. Thanks for the zoological lesson, Ms. Garcia!
Chef’s Note:  Gus is absolutely correct that milk negates pepper spice much more effectively than water. Though, considering the heat level of a Carolina Reaper, you might need several gallons worth-

The Carolina Reaper is a cultivar of the Capsicum chinense plant. Developed by South Carolina breeder Ed Currie, the pepper is red and gnarled, with a bumpy texture and small pointed tail. In 2017, Guinness World Records declared it the hottest chili pepper in the world, surpassing the previous record holder, the Trinidad Scorpion “Butch T”. Other varieties may be spicier, such as Dragon’s Breath or Pepper X but are not officially confirmed with a Scoville scale higher than the Carolina Reaper.