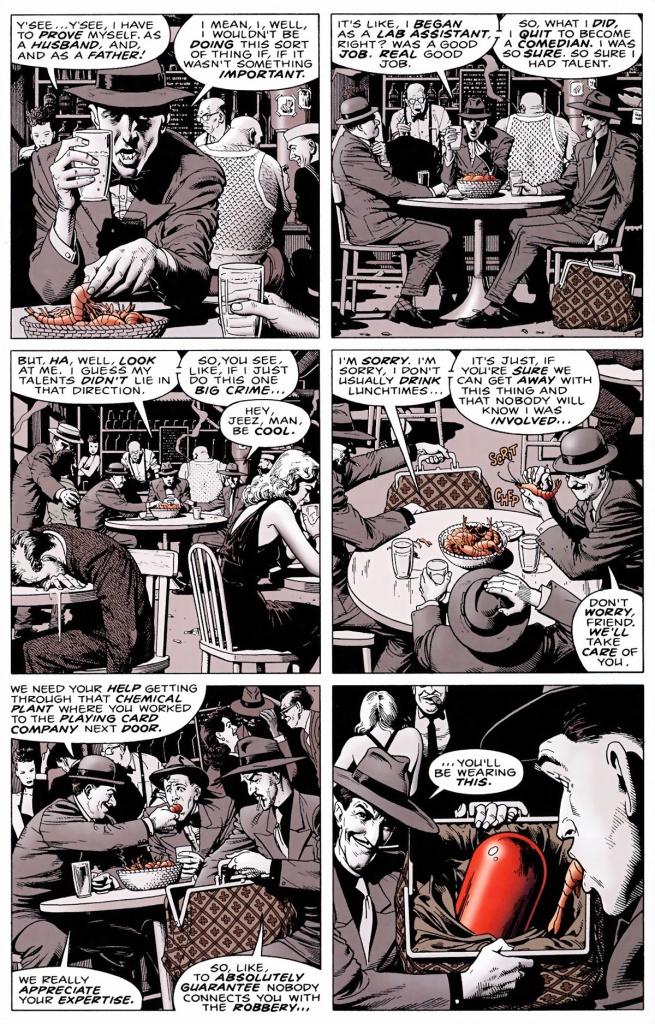 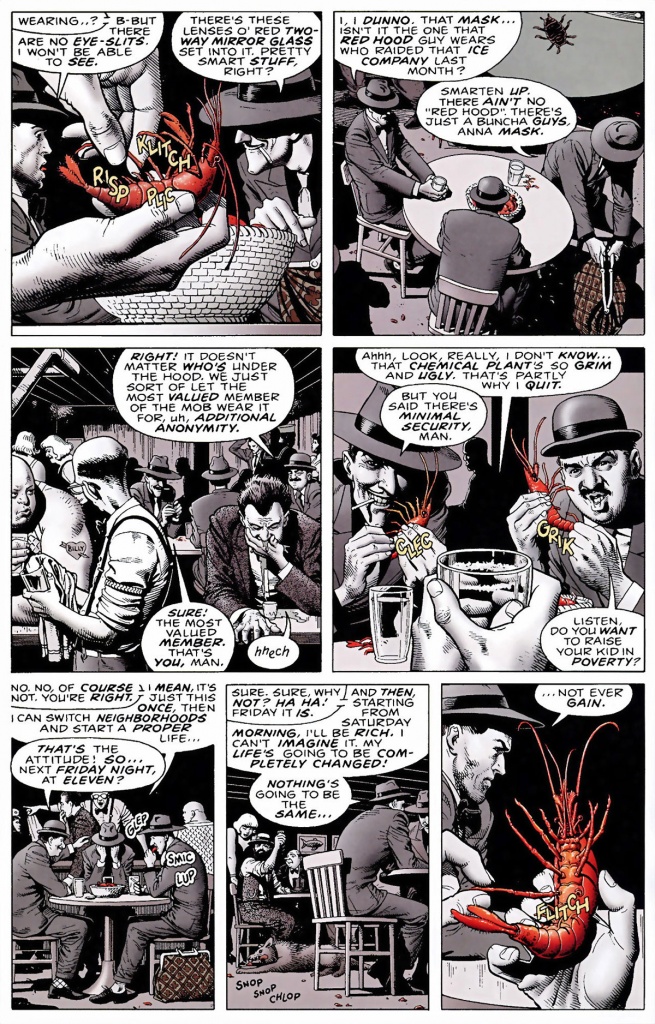 Chef’s Note:  The use of color* in this flashback sequence to focus the attention on the shrimp and their casual dismemberment is a potent and effective way to highlight the uncomfortable and tragic drama taking place here. A man not only being corrupted, but going along with it willingly – rationalization and desperation picking away at all the reasons not to do this risky and dangerous thing, not with these obviously untrustworthy men. A drama of disintegration – bit by bit by bit.

Chef’s Note:  I’m assuming these are just boiled shrimp as there doesn’t seem to be any kind of batter or other seasoning. But I am curious as to whether they are de-shelling them or not. If you examine panels five through seven you will see the following: Mr. Bowler Hat shoves a dismembered shrimp into Mr. Not-Yet-The-Joker’s mouth, he then sits there with the tail hanging out while looking dumbly at the Red Hood helmet, and then the tail is gone (or maybe a bit of it is left?) and he is talking again. It’s hard to tell, but I think they may be eating them shell and all. Which is a thing some people do.

* This was 1988. It definitely pre-dates Schindler’s List as well as Sin City. If anyone knows of another comic or movie that utilizes this technique, please let me know.