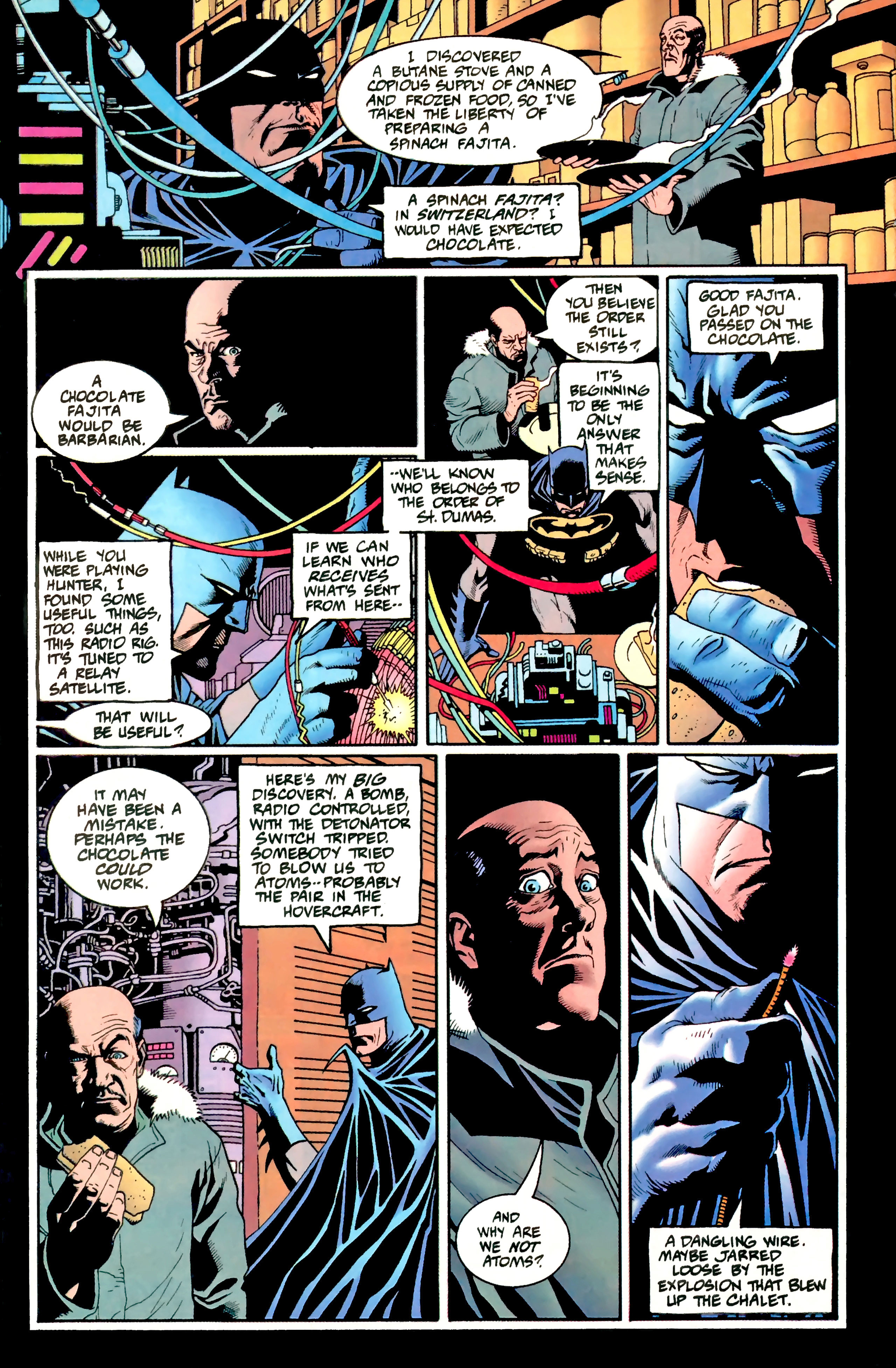 Chef’s Note:  Kudos to Mr. Quesada and Mr. Nowlan here. The indignation and disgust on Alfred’s face at the mere thought of a chocolate fajita is palpable.

Which immediately made me wonder if such barbarian fare exists? In a world where pickled herring hot dogs exist, anything is possible. Also, given the general adoration of chocolate by most peoples, one figures that someone, somewhere, at some point, likely intoxicated, has gone ahead and dumped a bunch of it on a fajita.*

And yet, if this barbarian combo has indeed happened, the world wide web seems blissfully unaware of it. The only mention of it really is this scene.** So, kudos then to Mr. O’Neil as well – your culinary imagination is (apparently) quite singular.

* I mean, even Alfred ends up considering it after only a few moments. I know he is a man of strict standards, but how disappointing can a spinach fajita be? Batman certainly seems to like his.


** There are a couple of references, but they both are Pinterest so you know they turn out to be wrong &/or mislabeled: These are obviously chocolate crêpes. And this one features a photo having nothing to do with the actual recipe. C’mon now.


Pro-tip for aspiring comic book food scholars: When performing research on a topic, ignore any/all results from Pinterest because they will all be useless, misleading, and potentially infuriating. At this point, I’m convinced it was invented by a super villain intent upon sowing chaos and misinformation. Loki, maybe? Mister Mxyzptlk?