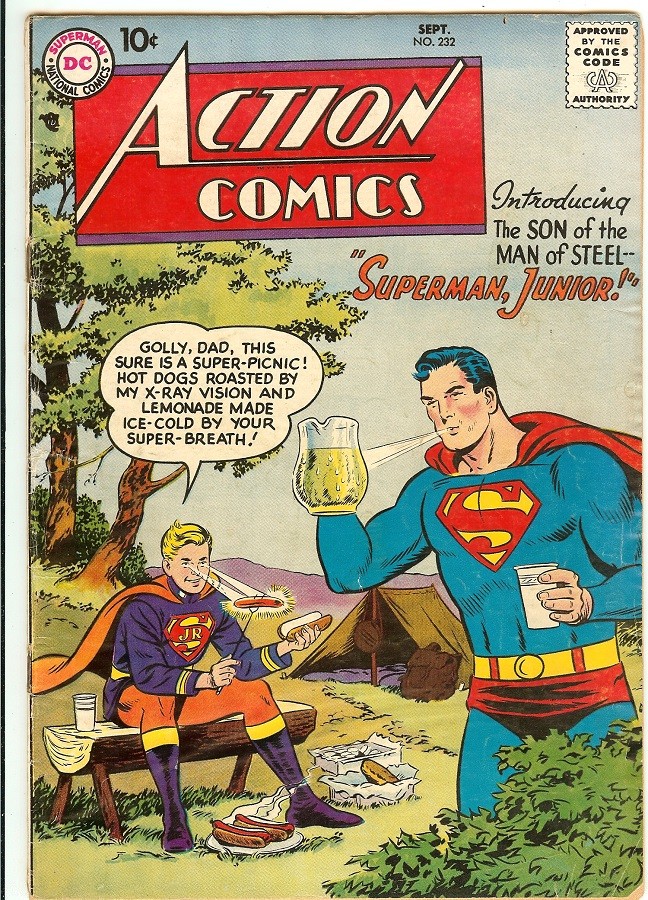 This is likely due to the fact that he is not very bright. He’s going to be sitting there for quite some time if he’s trying to cook a hot dog with X-rays.

Also, Superman is doing nothing to correct his son’s glaring error in scientific understanding here. He’s just hanging out chilling lemonade without a care in the world?

And too: why do these super-powered guys need a pup tent? Where did the log bench come from? Did Supes and his suddenly-existing son just pull a Yogi Bear on a bunch of innocent campers? What is going on here??

Chef’s Note:  From the look of his costume, Superman Junior is also apparently color blind.