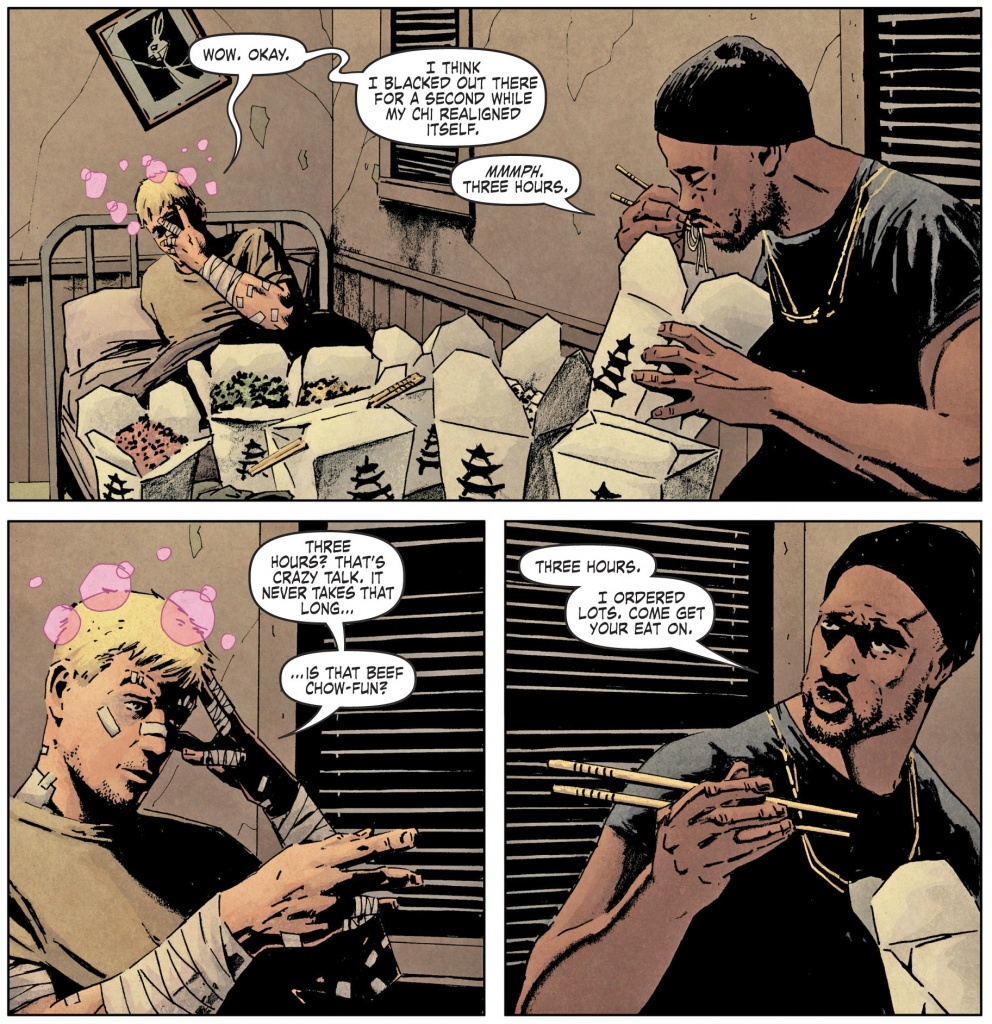 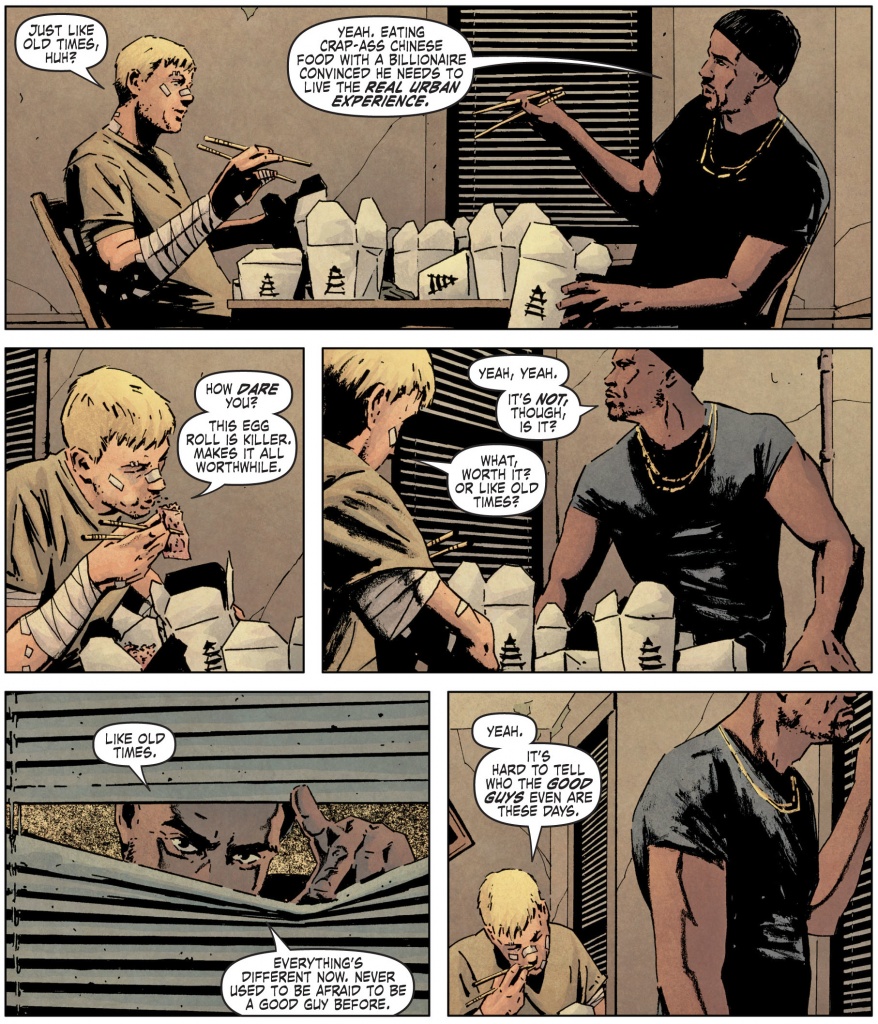 Chef’s Note:  Luke and Danny have one of the best bromances in all of comics but, as this scene shows, that doesn’t mean Luke won’t call Danny on his bullshit. That said, it is a well-known fact that a killer egg roll can make up for a lot.

Chef’s Note:  Beef Chow Fun, egg rolls, … annnd? There’s a minimum of eight boxes on the table. Mr. Brubaker and Mr. Fraction, if you are reading this, please let us know what the rest of this order was or the world will never know. Luke said “I ordered lots,” so we expect a good size list, OK?

Chef’s Note:   There’s also the important question of where Luke ordered the takeout from. It’s possible they are at the offices of Heroes for Hire, which is on Park Avenue in Harlem, NYC. The number of places serving Beef Chow Fun around there are too many to count.

On the other hand, they are fugitives at the moment so maybe that’s too obvious a choice. Maybe they are holed up at Luke’s original office/apartment above the Gem Theater? That’s over on 42nd Street near Times Square. And if that’s the case then I think it’s pretty obvious that Luke ordered from the venerable, and possibly eternal, Wo Hop Restaurant. I mean, can’t you just see Luke ducking his head going down these steps? 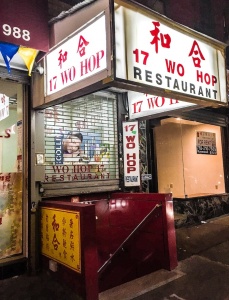 Wo Hop is down a flight of stairs at 17 Mott Street, and has been since 1938. It is what New Yorkers used to know as a Chinese restaurant, serving an Americanized version of Chinese food, an authentic taste of an inauthentic past. You will find no cumin lamb from Sichuan, no soup from Yunan. Wo Hop predates the arrival in New York of all other Chinese cuisines.

And on the other other hand, maybe he ordered from Kung Fu Kitchen (because that’s probably Danny’s favorite)?

As you can see, comic-book food archaeology can be quite challenging.